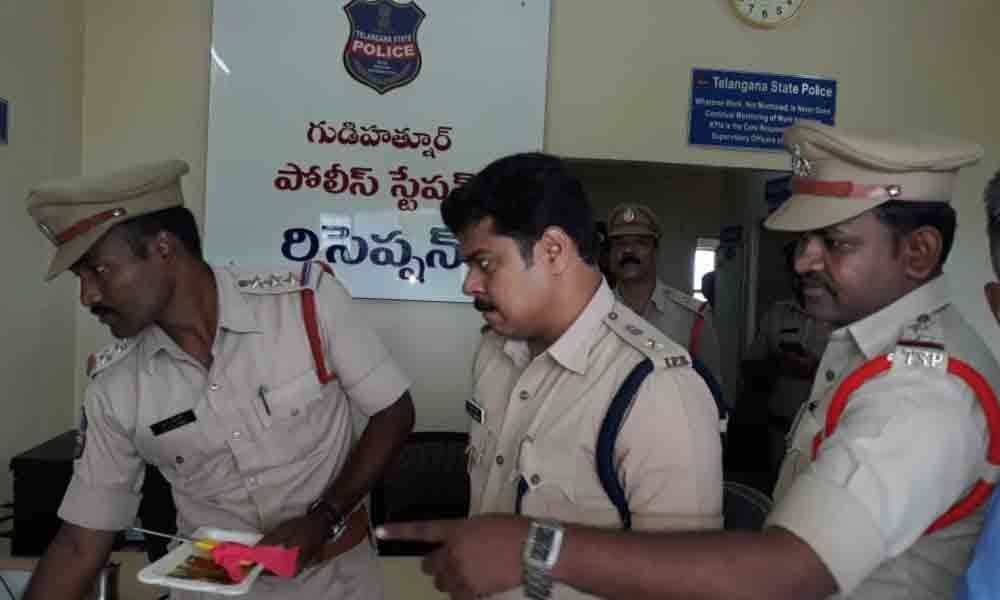 The SP said that every mandal headquarters will come under CCTV camera surveillance in near future and CCTV cameras have been installed recently in Bheempur, Neradigonda, Jainath, Talamadugu, Indervelli and other mandal headquarters. He urged the local people to cooperate with their mandal police and also told the cops to maintain good relations with the locals to make successful the 'Nenu Saitham' programme throughout the district.

He said that he was happy that some people are planning to install CCTV cameras in their areas on their own. He said installation of these cameras is much needed as the cameras' footage will help in nabbing the criminals. Not only that, criminals also will be afraid to commit any crime.

The villagers felicitated the SP with a shawl and bouquet.