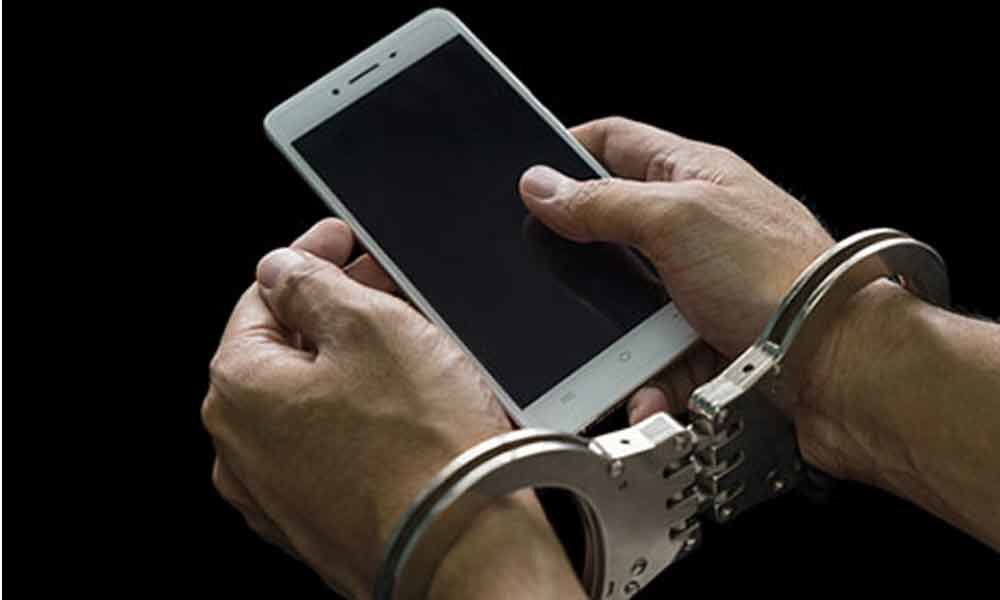 The accused allegedly committed three snatching crimes within one hour under the limits of Malakpet, Chaderghat and Afzalgunj Police Stations. They recovered stolen property of three stolen mobile phones and a bike at the instance of accused.

According to Task Force officials, accused Mohammed Mohsin (19, a fruit vendor ) studied up to 7th standard and discontinued his studies. Later, he developed bad friendship and got addicted to bad vices.

He went to Qatar for employment and returned during Ramzan this year. When he fell short of money to meet his lavish expenses, he planned to commit thefts. As per his plan, on August 23, he borrowed a bike from his friend and roamed on the night and in the early morning hours on August 24.

On specific input the officials arrested the accused and recovered the stolen property and handed him over to Malakpet police for further action.