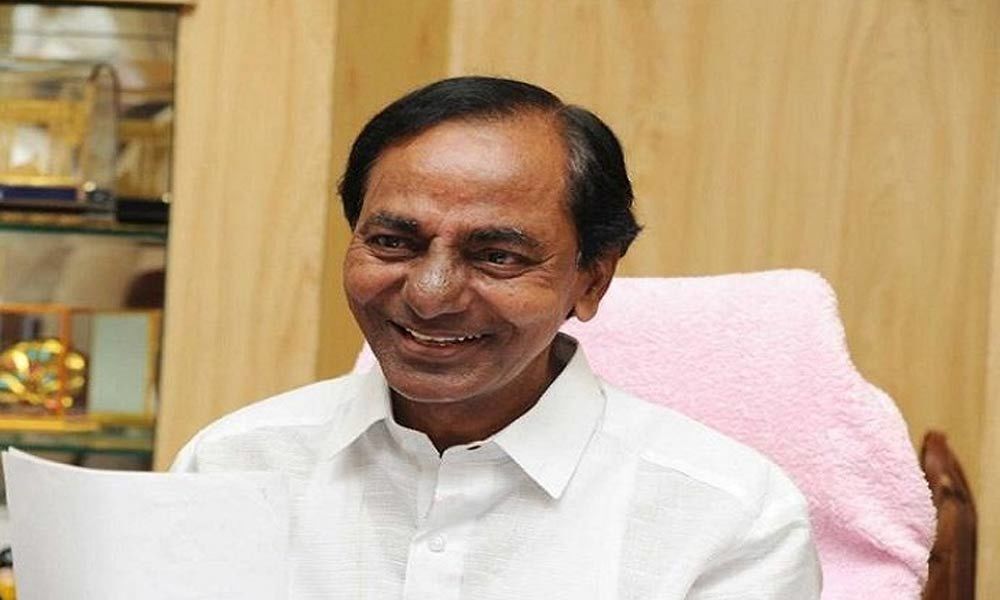 Chief Minister K. Chandrashekhar Rao said that the construction of ongoing projects in erstwhile Mahabubnagar and Khammam districts need to be expedited and completed on fast track.

Hyderabad: Chief Minister K. Chandrashekhar Rao said that the construction of ongoing projects in erstwhile Mahabubnagar and Khammam districts need to be expedited and completed on fast track.

The Chief Minister suggested that in the event of reduction of water flow in the projects on Krishna River resulting in non-availability of water, alternate arrangements have to be made to provide water from Godavari River. He further suggested that in addition to construction of every project, a project operation manual has to be formulated for maintenance of project.

"River Godavari flows adjoining the Khammam District. Large extent of forests is available in the district. The rainfall is also in abundance. At Dhummugudem lot of water availability is there. If water could be lifted there to a maximum height of 195 Metres then there is a possibility of provision of irrigated water to the entire district. Despite so many supporting factors if Khammam district is prone for draught then it is an unpardonable crime. The projects are to be constructed in such a way enabling the entire district to be converted fertile. At Dhummugudem the river Godavari water has to be lifted and poured into Bayyaram tank and thus for the entire district water for irrigation has to be provided. Where ever required reservoirs and lifts are to be arranged. To such of the areas where irrigated water cannot be provided in the normal course, water should be supplied through local resources. Water should also be supplied to ROFR and assigned lands," said the CM.

"The erstwhile Mahabubnagar district suffered a lot during the united AP Government. Since most of the projects were designed with Jurala as source, a situation has arisen where water has become insufficient. That is the reason why the Palamuru Lift irrigation scheme has been designed to provide water through lift with Srisailam as source. A plan of action has to be evolved to construct reservoirs and to fill the tanks where ever necessary to provide water from Kalwakurthy, Nettempadu, Koilsagar, Bhima. How effectively the Chinnonipally reservoir can be utilized need to be studied," said the CM.