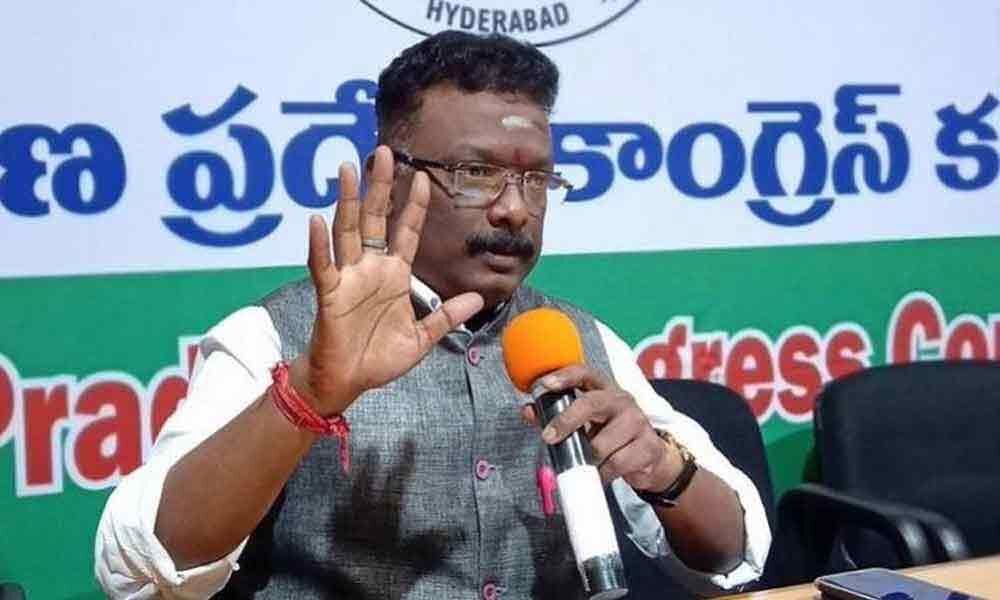 The Congress party on Saturday demanded that the State government release a white paper on 'Samagra Vedika,' an initiative which integrated personal data of citizens, taken from 25 departments.

Hyderabad: The Congress party on Saturday demanded that the State government release a white paper on 'Samagra Vedika,' an initiative which integrated personal data of citizens, taken from 25 departments.

Addressing the media, All India Congress Committee (AICC) spokesperson Sravan Dasoju referred to a claim made by Jayesh Ranjan, the Principal Secretary of Information and Communications Technology, at a national conference held by a prominent organisation that he could give complete information of any person if he got his or her name.

"Jayesh Ranjan claimed that he could see anyone's digital footprints within seconds. This is nothing but a confession that the privacy of citizens in the State has been encroached upon.

"People have a right to know how and why you captured their data? What are the data points and have people given their consent for accumulation and later integration of their personal information," he asked.

Sravan recalled that the Telangana police had registered a case against IT Grid company for allegedly securing personal data of citizens of Andhra Pradesh. The case was linked to TDP during the last general elections.

He asked whether a similar case would be booked against the Telangana State government for accumulating and integration of people's data without their consent. "This is nothing but blackmailing people by saying that we have your complete information.

Invasion of privacy is a violation of Constitutional right and also the breach of trust. Citizens have furnished their personal details to different departments for various transactions.

But the officials not only integrated the personal details, but also made them available to other departments without taking people's consent," he said.

The Congress leader said that the TRS government has often been accused of spying on people through various means including phone tapping. There is no information or clarity on the data security and no guarantee that the accumulated information would not be shared with private parties.

He pointed out that the Supreme Court has issued notice to the Centre and Unique Identification Authority of India (UIDAI) seeking the their response on validity of the Aadhaar ordinance allowing voluntary use of the document as identity proof for opening bank accounts.