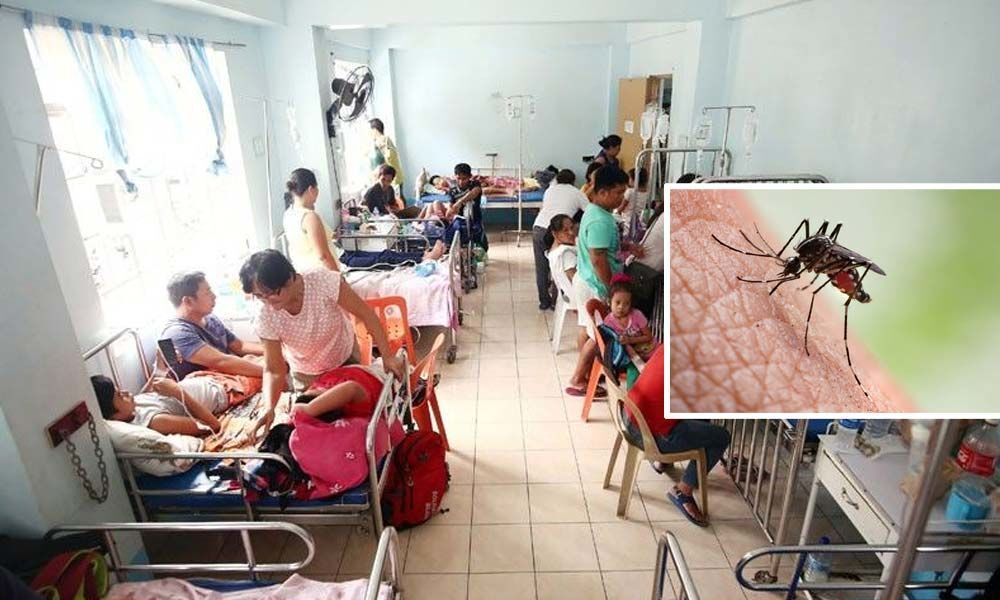 The Congress party has slammed the GHMC authorities for its negligence which led to the outbreak of Dengue, Malaria and other viral diseases in the twin cities of Hyderabad and Secunderabad.

Hyderabad: The Congress party has slammed the GHMC authorities for its negligence which led to the outbreak of Dengue, Malaria and other viral diseases in the twin cities of Hyderabad and Secunderabad.

Led by Hyderabad City Congress (Minorities Department) Chairman Sameer Waliullah, a team of Congress leaders comprising of TPCC Official Spokesperson Syed Nizamuddin, Sajid Shareef and others, visited Institute of Preventive Medicine (Fever Hospital) at Nallakunta on Saturday to meet the patients affected with Dengue, Malaria, Viral Fever and other viral diseases. They interacted with the patients and enquired about the treatment being given to them and the difficulties they are facing at the hospital. They also distributed fruits and financial assistance among poor patients.

Speaking to media persons later, Sameer Waliullah said that the entire city was in the grip of viral diseases, especially Dengue since June. He said hundreds of cases are being reported in both government and private hospitals. Apparently, for the first time, the number of cases, especially of Dengue and Viral Fever, are being reported from non-slums and the number of Dengue cases was higher than the Malaria. However, he said that despite the outbreak of Dengue and other diseases, the GHMC authorities did not act on time to prevent their spread.

Meanwhile, TPCC Spokesperson Syed Nizamuddin pointed out that as many as 1,687 cases of Dengue have been reported from across the Telangana State till August 20. Quoting officials figures, as reported in the media, he said more than 3 lakh people were affected with various viral diseases from June 1st to August 24th. They include Malaria - 510; Dengue - 892; Chikungunya - 110; Typhoid - 10,930; Acute Diarrhoeal disease - 86,826 and Influenza-like illness- 222,828. He said despite such an alarming situation, Chief Minister K. Chandrashekhar Rao did not conduct a single review meeting with the Health Department officials. Health Minister Etela Rajender too appears to be busy TRS party membership drive.

Nizamuddin reminded that the then Municipal Administration Minister and present TRS Working President K. Tarakarama Rao had announced '100 Days Action Plan' for Hyderabad immediately after winning GHMC elections in February 2016. However, he said no concrete steps were taken to improve the conditions. Instead, he said continuous neglect has worsened the conditions with new localities joining the maps of Malaria and Dengue affected areas. He advised KTR to visit the Fever Hospital and other public hospitals to check the rise of viral diseases in the city. "KTR and other TRS leaders are busy with a membership drive. They should also take out some time to address the health issues of common people," he demanded.

The Congress leaders said that a large number of patients affected with Dengue and Malaria were visiting private hospitals due to accessibility and better facilities. Explaining the financial impact of the Dengue, Malaria and other diseases on common man, Sameer Waliullah said that patients were forced to spend an average of Rs. 30,000 if they are going for treatment of Dengue in private hospital. The treatment cost is between Rs 5,000 to Rs 5 lakh for diagnosis and treatment depending upon the hospital and the condition of the patient. He said it costs around Rs. 1,000 to Rs. 5,000 or more for the basic blood test for Dengue, Malaria, Leptospirosis. The patients are forced to spend about Rs. 10,000 to Rs. 15,000 for Platelet transfusion. In cases of Dengue, the patients are forced to bear huge costs for hospitalisation and monitoring.

Sameer Waliullah said that hundreds of poor patients were unable to bear the treatment cost. He said that the official statistics of Dengue, Malaria and Viral Fever clearly expose the utter failure of GHMC authorities and State Government in controlling the spread of diseases. He demanded that immediate steps on war footing basis should be taken to control the situation.