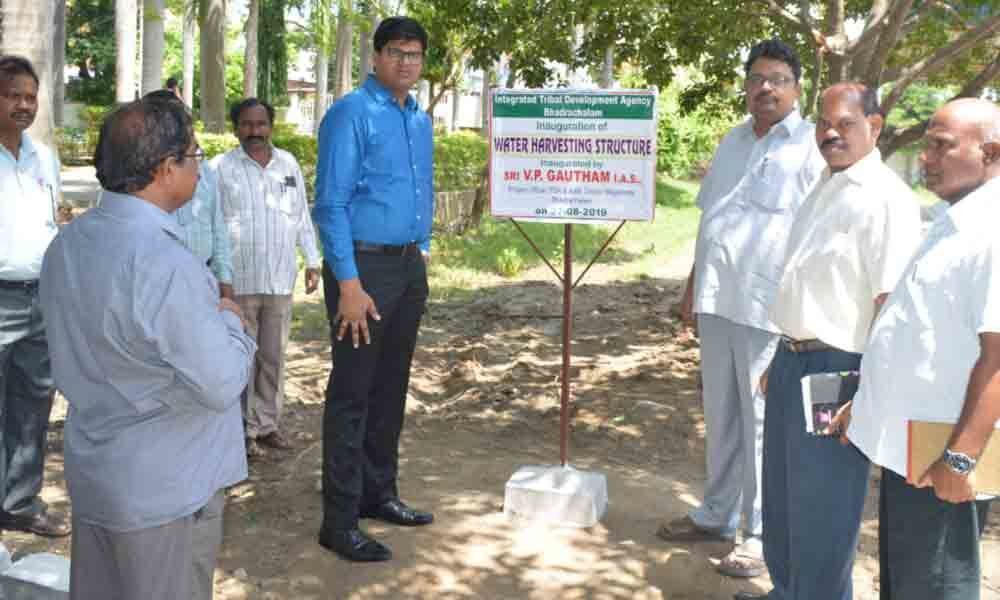 On Tuesday, the official inaugurated the soak pits constructed on the premises of ITDA office. Speaking on the occasion, he directed the officials concerned to create awareness about the construction of soak pits in tribal villages, and also to the students.