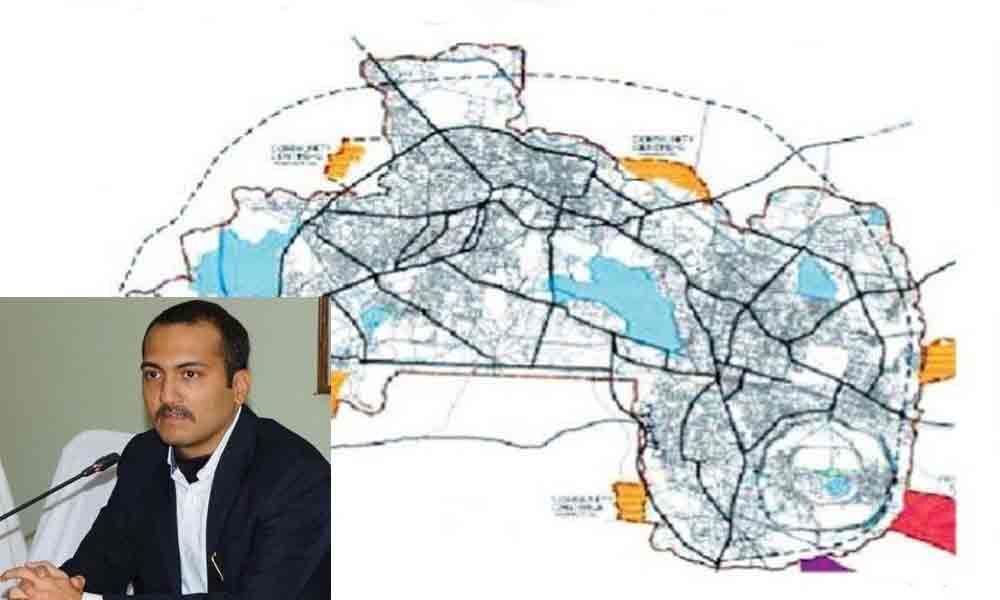 Things started to fall in place for the development of Greater Warangal with the Urban District administration clearing the decks for the construction of inner ring road (IRR).

Warangal: Things started to fall in place for the development of Greater Warangal with the Urban District administration clearing the decks for the construction of inner ring road (IRR). The Rs 150-crore IRR aimed at easing the traffic congestion in the ever-growing tri-cities of Warangal-Hanamkonda-Kazipet.

Although the Kakatiya Urban Development Authority (KUDA) had proposed a 13-kilometer IRR way back in 2007, the project never got off to a start owing to land acquisition and other problems.

As part of first phase, the administration is keen to carry the IRR work to a stretch of 13 kilometres from Ursu and Thimmapur revenue villages under Warangal Fort, and Enumamula village, which come under the KUDA limits.

The Urban district Collector Prashanth Jeevan Patil held a meeting with the farmers and private land owners on Saturday. Explaining the importance of IRR, Patil negotiated with the land owners. Referring the last three years records of the registration department, the Collector explained them about the extent of price that the government could provide in accordance with the existing laws.

It's learnt that the landowners who formally agreed to the negotiations obliged to give away their land for the proposed IRR. The compensation is likely to be awarded within 10 days.

Meanwhile, the farmers agreed to handover their land for the construction of road over bridge (RoB) at Shayampet-Ursu; and Uppal under Kamalapur mandal.