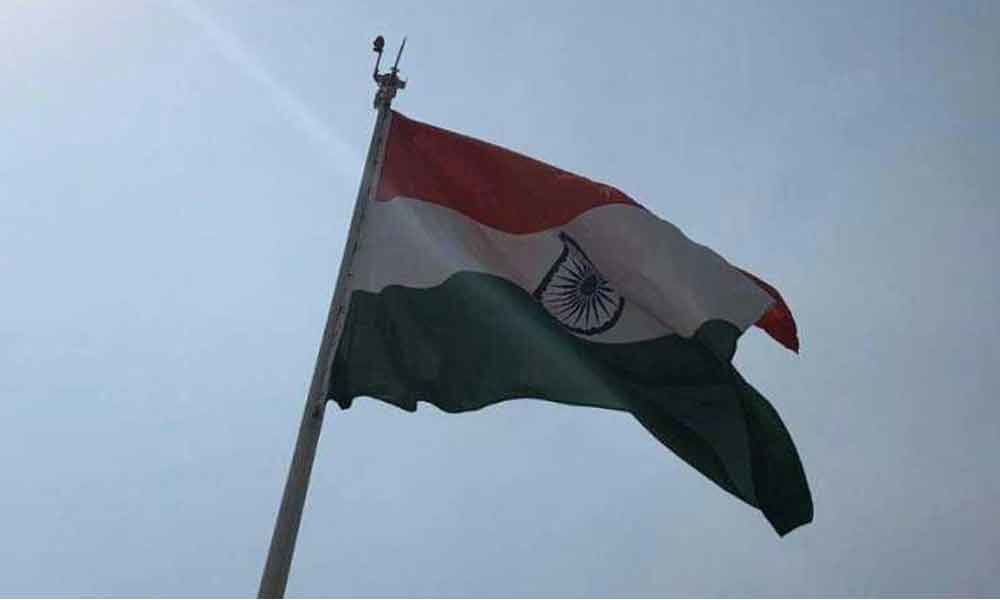 Due to official negligence, the national flag was hoisted upside down in few places.

Mahbubnagar: Due to official negligence, the national flag was hoisted upside down in few places. And at some places, the flag fell while it was being hoisted.

With this, many patriots and student leaders have alleged that such mistakes were happening because of the nonchalance of officials concerned while hoisting the flag.

At an incident in Chandrakal village of Doulatabad mandal in Kodangal constituency, the national flag fell to the ground when the school Principal of Chandrakal Primary School was about to hoist it.

It is alleged that the school authorities were not serious enough to tie the flag properly to the flag staff.

In another incident, the flag was hoisted upside down at Gadwal District collectorate. District Collector Shashank and other officials realised the mistake after the rendition of national anthem and retrieved it and hoisted properly again.