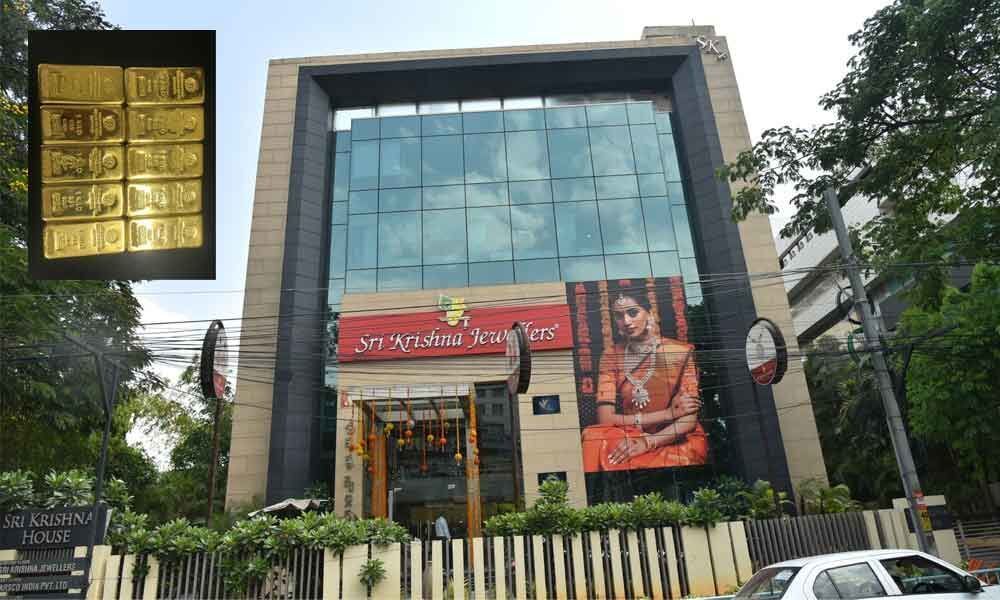 Hyderabad: The officials of Directorate of Revenue Intelligence (DRI) busted a SEZ fraud and detected diversion of more than 1,100 kg of gold by a jewellery company.

The officials arrested four persons so far including Pradeep Kumar, vice-chairman and MD of Sri Krishna Jewellers Group, on the allegations of the Customs Act violation and his security officer and an employee of his firm.

According to Additional Director General of DRI, Hyderabad zonal unit, based on specific intelligence, their officers mounted surveillance on a Special Economic Zone (SEZ) unit situated in Gems and Jewellery SEZ at Ravirala village in Shamshabad and found that the company was indulging in fraudulent export of gold jewellry and diversion of SEZ gold into the local market.

The said unit had taken SEZ licence for import of gold for manufacturing of jewellery and exporting the same to foreign destinations.

DRI officials carried out serial searches and intercepted various persons involved for three days from May 3 to May 5, which revealed that the unit mis-declared the export consignment as gold jewellery studded with semi-precious stones.

However, on examination it was revealed that only 565 grams of gold was used in that export consignment and the rest of 20.85 kg weight was of stones.

The gold generated out of this modus operandi is being deceitfully diverted and sold in the local market. As much as 10 kg of foreign-marked gold of SEZ which was diverted to the local market and sent for delivery was intercepted and seized by the officials.

Major discrepancies were also found in the stock held at the SEZ unit and at another unit of the same group at Banjara Hills.

The misdeclared stock, which includes 21 kg of foreign-marked SEZ gold, 6.8 kg of gold jewellery, 491 kg of semi- precious stones and other material involved in this fraud. Further investigation is on.