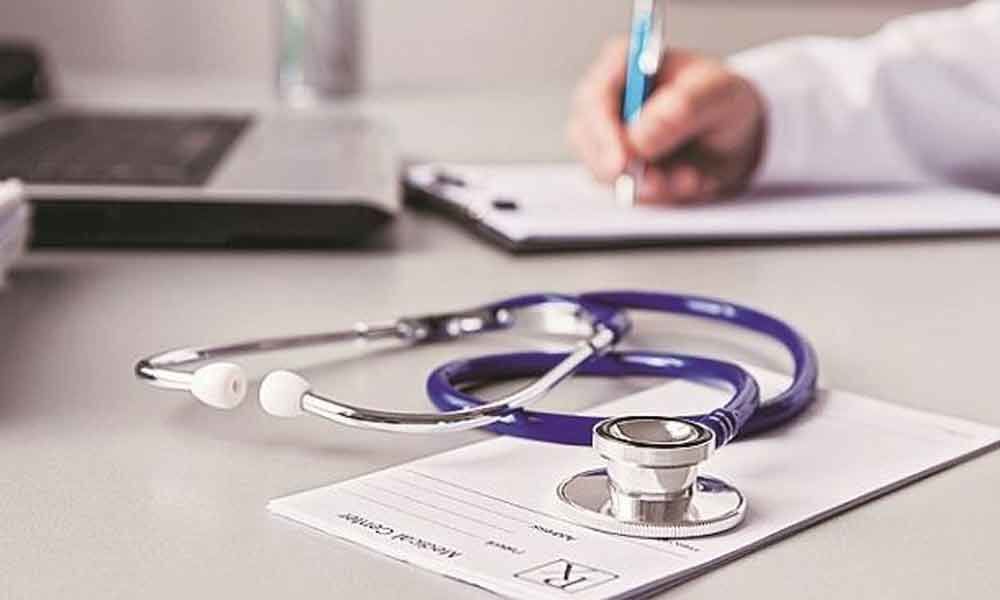 Hyderabad: The controversy over geotagging of Ayush doctors and other health staff is likely to end after an understanding reached between the senior officials and staff of the department.

Following the medical fraternity outcry and Health Minister's intervention, the top brass of the Ayush held discussions with the stakeholders and try to alleviate their concerns over the implementation of the new system.

The main objection being raised by the medical officers and doctors from Ayurvedic, Homeopathy, Unani etc over thegeotagging.They said that their privacy would be breached if their personal numbers and phones were tagged for official purposes.

In response to this, the Ayush staff was promised that they would be provided mobiles and a SIM card by the department for official use which they can give for geo tagging.

Three weeks' time has been set by the top brass to hand over alternative phones and SIM cards to over 2500-Ayush staff including doctors, pharmacists and fourth class employees working in 840-odd dispensaries across the State.

In the third week of September, Ayush staff will be given the alternative gadgets. However, they were told to log into the geo tag application in the meantime using their existing mobile and the phone number in use at present.

Awareness programmes on the new application are being conducted from the last few days and this would stretch until September third week, according to senior medical officers.

"Once the official phones are given, the staff could log out of the personal number and re-login using the official SIM and phone. We were requested to use the existing phone and number for the awareness programme until September- end.

An assurance was also given that we could log out of the application completely from our personal phones if authorities failed to provide us alternative phone and SIM within the three-week deadline given," an official who did not wish to be quoted said.

The Ayush staff said expressed satisfaction over the fresh developments and said that they would withdraw their protests for the next month and see what measures the top brass takes.

They are also relieved after reported directions from Health Minister to senior authorities not to go ahead with the new system until addressing the staff concerns on its implementation.