Fire engulfs at arts and science college in Hanamkonda 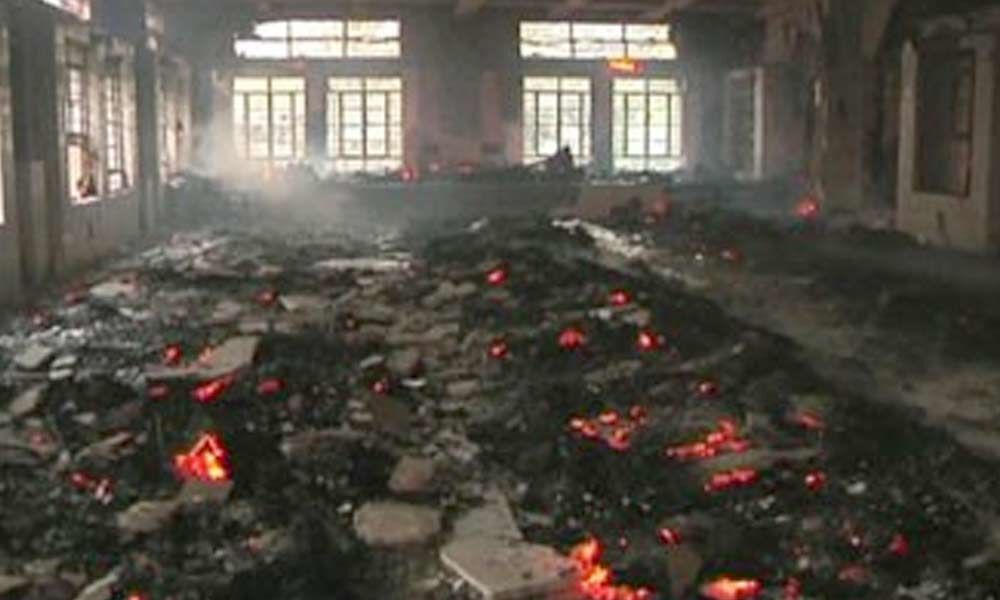 A major fire engulfed at the seminar hall of arts and science college in Hanamkonda in wee hours on Sunday. The furniture and other valuables in the hall were gutted. A property loss of Rs 30 lakh is estimated.

The reason for the fire is said to be a short circuit. Fire tenders were alerted who rushed to the spot and brought the fire under control.

The hall is known for the conduct of various programmes by the college every day. Several noted poets is said to have been felicitated in the hall.

In another case, a fire broke out in Indian Overseas Bank in Medchal on Sunday due to a short circuit. Around Rs 2 lakh property loss is estimated.