Free hand given to forces to tame terrorism: Kishan 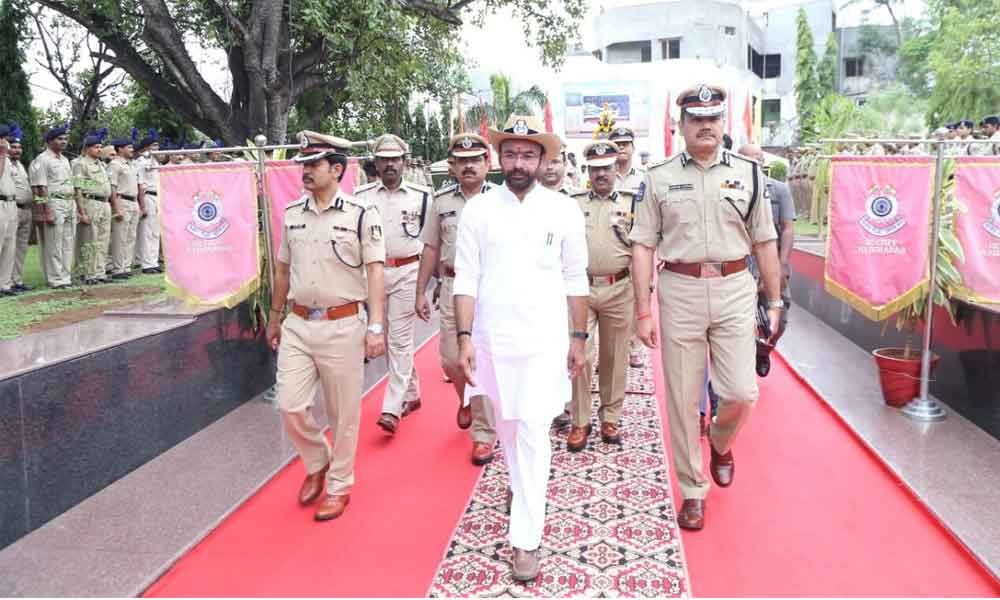 Hyderabad: The NDA government has given a "free hand" to security forces to curb terrorism and give a befitting reply to Pakistan unlike in the past, Union Minister of State for Home G Kishan Reddy said on Saturday.

Speaking at a function to mark the 81st Raising Day of CRPF here, the Union Minister said the government would deal with all internal security problems firmly and lauded the role of the force in containing Maoist violence.

"You know about the recent Balakot strike, Pulwama attack. What was it earlier? We would be at the receiving end of Pakistan's aggression. Now security forces have been given a free hand under the NDA government, under the leadership of (Prime Minister) Narendra Modi," he said.

Such "free hand" was not given earlier, he added. The NDA government has decided to give a free hand to the security forces to maintain law and order and to protect the country from terrorists, Kishan Reddy said.

The killing of security personnel or citizens used to be mourned quietly earlier, he said. "Earlier...(if) our jawans were killed, our citizens were killed, we used to go, light a candle, offer flowers (as tributes) and observe silence.

Now the situation has changed. If our one jawan is killed, we will hit 10 jawans (of enemy)," he said. He urged Central Reserve Police Force (CRPF) officers to see to it that there is "zero casualty" of its personnel.

"Our government has taken a decision to take care of the health of para-military (forces), the police working in the States and health of all families. We are preparing programme for it in the days to come," Reddy said.

As symbolic respect to the 40 CRPF personnel killed in the Pulwama attack, 40 varieties of saplings were planted on this occasion. He praised the role of the CRPF in maintaining internal security while handling various challenges across the country, particularly in Jammu and Kashmir and the Northeastern states, according to an official release.

"The Union government under the dynamic leadership of Prime Minister Narendra Modi is determined to curb all types of violence and bring development to the interior areas of the affected states," he said.

The CRPF personnel also played a role in providing security to the Amarnath Yatra, the holy shrine of Mata Vaishnodevi in Jammu and Kashmir, and also Ram Janmabhoomi complex in Ayodhya, Krishna Janmabhoomi in Mathura and Kashi Vishwanath temple in Varanasi, he said.