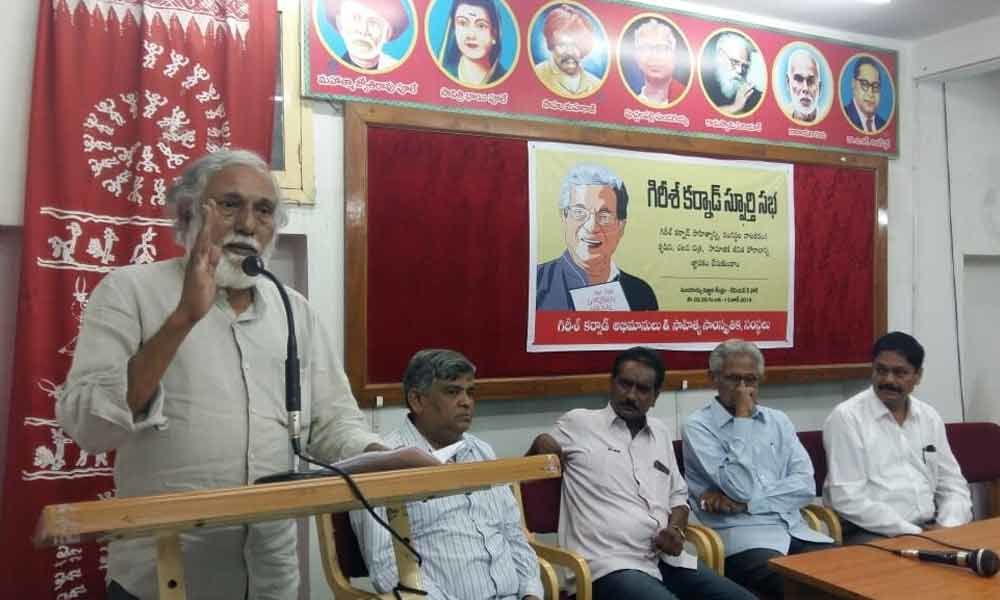 Speaking at a commemorative meeting of Girish Karnad, noted actor, playwright and writer who passed away recently, several activists from city lauded his achievements and contribution to the society

Baghlingampally: Professor Jayadheer Tirumala Rao said that Girish Karnad, noted actor, playwright and writer who passed away recently, strived all his life for propagation of secular values. He was speaking at a commemorative meeting held at Sundaraiah Vignana Kendram on Friday.

Former editor of Praja Shakti Vinay Kumar lauded the writer for questioning injustice in the contemporary society. He said that he fought against oppression and raised his voice against exploitative and dominative systems.

Cine director Uma Maheshwar Rao, known for his Telugu movie Ankuram, said that the writer led his entire life as an activist.

He praised his role in the promotion of Indian drama. Maheshwar Rao urged people to fight for the protection of tribal rights inspired by Girish Karnad's writings. Noted Telugu poet Nikhileshwar said that the writer strived for freedom and equality through his writings.