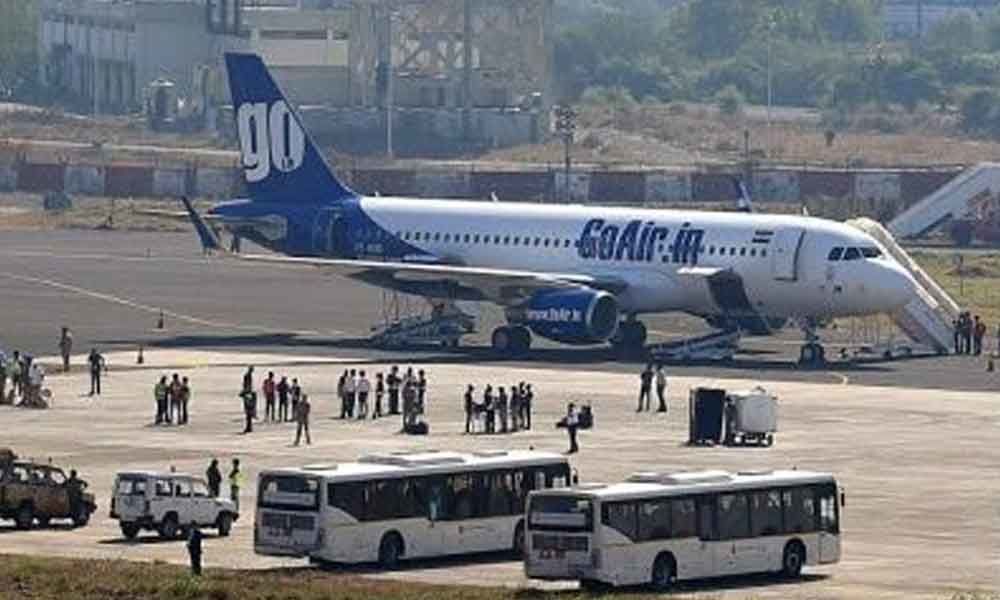 Shamshabad: GoAir on Thursday announced the launch of direct flight connecting Hyderabad with Male. Starting February 8, GoAir will operate a...

Starting February 8, GoAir will operate a direct service four times a week - Monday, Tuesday, Thursday and Sunday - between Hyderabad and the Maldivian capital. With the lifting of travel restrictions, GoAir has resumed its operations, connecting Male to India - Mumbai, New Delhi, and Bengaluru with daily direct services.

"This new route will be serviced by the airline's next-generation Airbus A320neo aircraft, further strengthening GoAir's growing international network in the south Asian region. The new services will offer passengers additional flexibility and choice to plan their travel," the private carrier said.

Flight G8 1533 will depart from Hyderabad's Rajiv Gandhi International airport at 11.30 a.m., and arrive at the Maldives' Velana International Airport at 1.30 pm (local time). On the return leg, flight G8 4033 will depart Male at 2.30 pm (LT) and arrive in Hyderabad at 5.30 pm. To celebrate the launch of this new route, GoAir has announced a special return introductory fare of Rs 16,882.

"It is GoAir's special endeavour to cater to the needs of Hyderabad - one of the largest metropolitan areas in India, by introducing our maiden flight from Ramoji Film City to Male, the epitome of luxury, stunning beaches and exotic locales filled with romance.

This is truly an indication of the strong demand on this sector emanating from the cultural hub that houses the world's largest film city and will boost tourism between these two cities," said Kaushik Khona, Chief Executive Officer, GoAir. Passengers can also choose from an exciting range of GoHoliday packages from Hyderabad at affordable rates.

Passengers can enjoy three nights and four days holiday packages starting at Rs 26,500. The package includes return airfares, three-star accommodation along with breakfast, airport transfers, and sightseeing. Passengers can also choose from an array of hotels, from budget to luxury, the airline added.