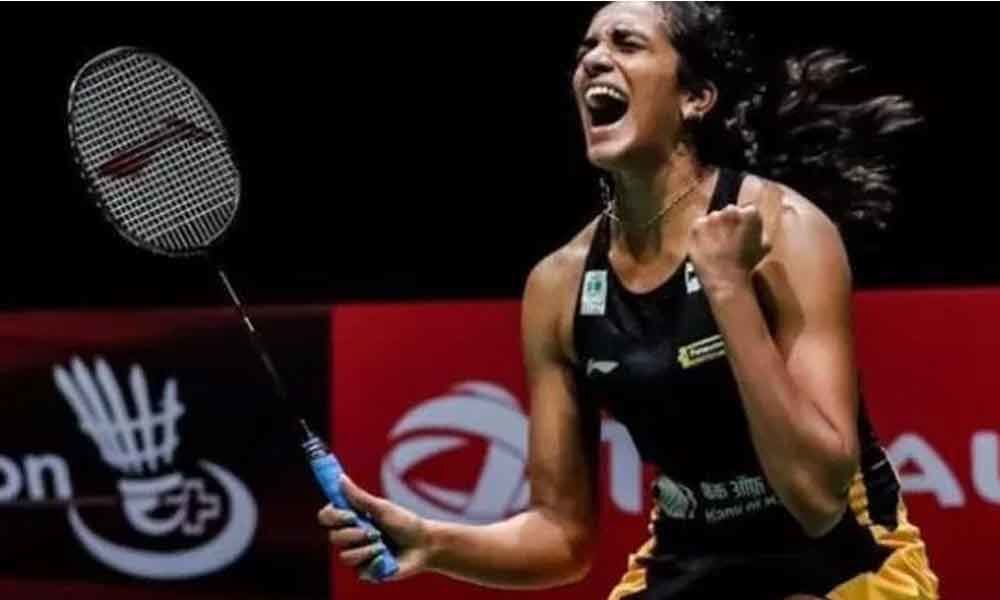 Governor in a congratulatory message said, "the nation feels proud of her historic accomplishment." Chief Minister K Chandrashekar Rao congratulated Sindhu and said that by winning the championship, Sindhu made the country proud. He desired that Sindhu should win many more such victories.

TRS leaders including the Ministers lauded the Olympian Badminton star for her achievement. TRS working president KT Rama Rao said, "many many congratulations to PV Sindhu on winning gold at badminton world championship. What a fabulous performance. May your success inspire many more youngsters to dream big and bring glory to India."

Former Minister T Harish Rao said, "congratulations on becoming the first Indian to win a gold medal at the #BWFWorldChampionships we are proud of you." Sports Minister V Srinivas Goud said that Sindhu has created history by winning the championship.