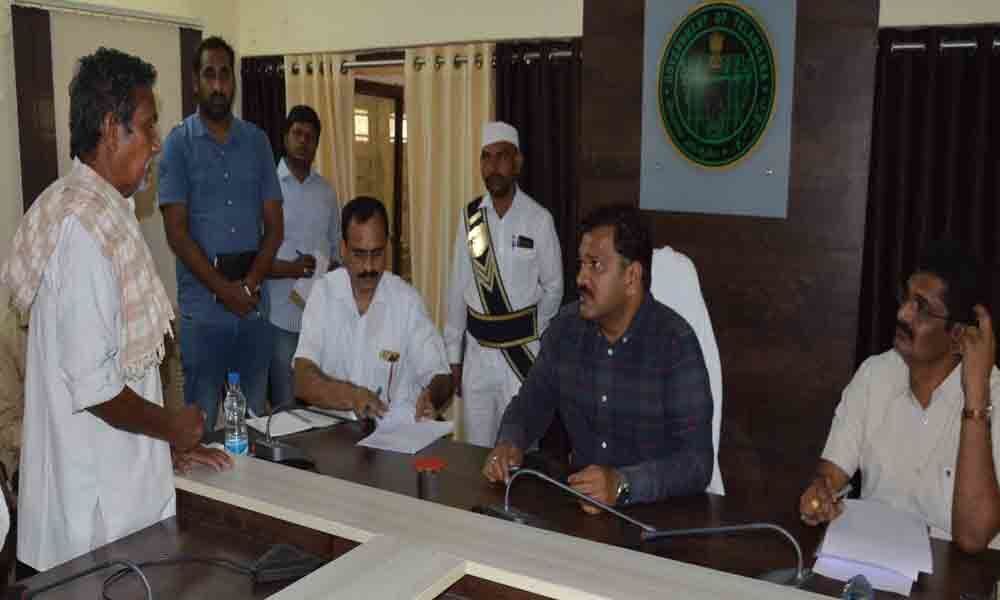 Kothagudem: District Collector Rajat Kumar Saini directed the officials concerned to address the issues of people those who have submitted pleas seeking redressal.

On Monday, the Collector, who attended the Grievance Day programme at his office, received the applications besides reviewing the pending pleas.

He said every officer should take responsibility of clearing the pleas besides uploading the status of applications online.

During the time, he interacted with people and enquired about issues pestering them. Most number of petitioners were from Manuguru, Aswapuram and Yellandu mandals.

The Collector received their pleas and forwarded them to departments concerned for clearance.

Meanwhile, in a meeting with village secretaries, the Collector directed every village secretary to improve sanitation in their respective villages besides conducting awareness camps for villagers about personal hygiene and sanitation. He directed them to take all measures to prevent the spread of seasonal diseases.

The Collector further informed that a video conference would be conducted with the village secretaries to review the programme.