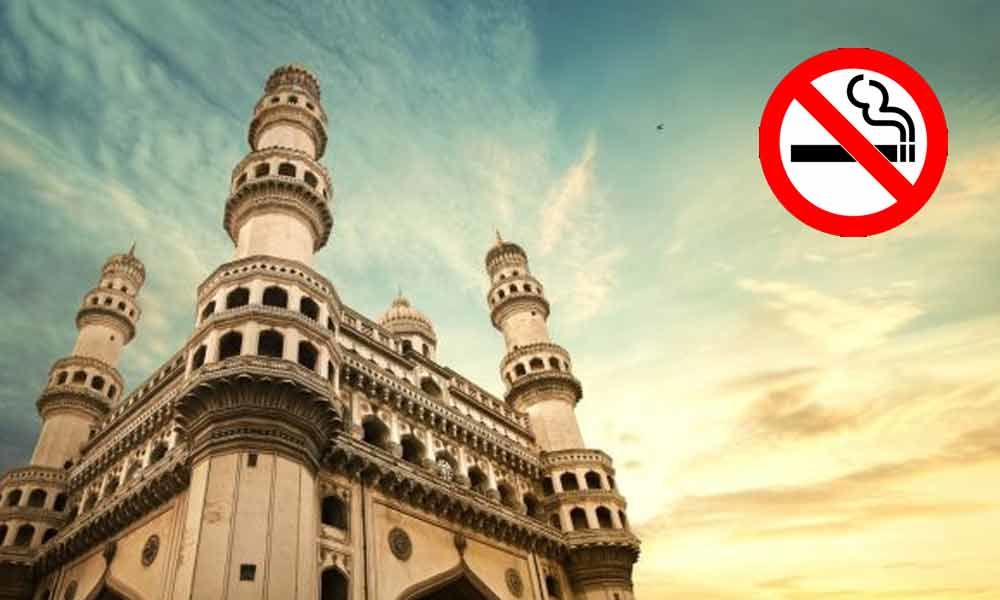 After the city police announced that the surroundings of Charminar a no-smoking zone, two people were caught by the police while smoking near the historical monument on Thursday.

The police imposed a fine of Rs 200 each as per Cigarettes and Other Tobacco Products Act (COPA).

Despite putting up boards warning the public not to smoke at the public places, people continued to smoke ignoring the warning by the police, said S Guru Swamy, Sub Inspector of Charminar police station.

He added that to curb such cases, special drivers will be conducted regularly in the area.