KCR, KTR are most opportunist politicians in the country: Lakshman 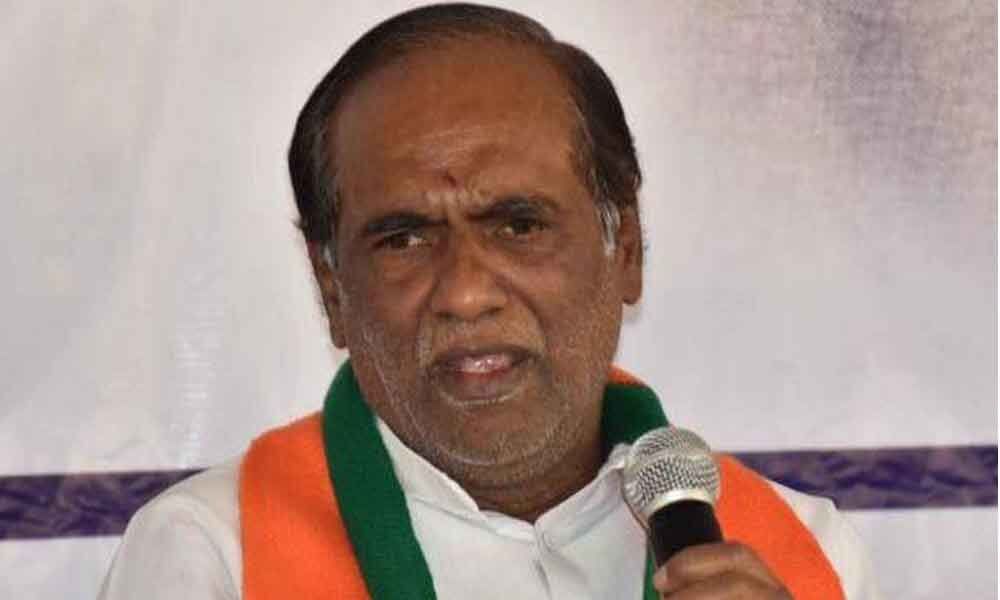 BJP State President Dr. K. Laxman on Tuesday said that Chief Minister K. Chandrasekhar Rao and his son and Minister K.Tarakarama Rao were the most...

Hyderabad: BJP State President Dr. K. Laxman on Tuesday said that Chief Minister K. Chandrasekhar Rao and his son and Minister K.Tarakarama Rao were the most opportunist politicians in the country.

Addressing a press conference, along with Karimnagar MP Bandi Sanjay, former DGP Dinesh Reddy and others, at State BJP Office today, Lakshman said both father (KCR) and son (KTR) have used all illegal means to win the municipal elections. He said TRS party resorted to distribution of money, liquor and misused official position to influence the entire poll process. He said both the father and son were so opportunist that they might join any party, including the MIM, if it benefits them.

Lakshman said BJP was the only party which has fought the recent municipal elections alone without having any alliance and won nearly 300 Ward members and about 90 Councillors seats. He said BJP got nearly 26% in the municipal corporations. He said the outcome of municipal elections was a clear indication that BJP was the only alternative to the ruling TRS and it would bag majority of seats in the next Assembly elections.

The BJP leaders also condemned both KCR and KTR for the language they are using against the leaders of opposition parties.

The BJP leaders and also felicitated the newly elected Corporators of the Karimnagar Municipal Corporation and also released the New Year dairy of the party.