KCR vows to make his birth village a 'gold chunk' 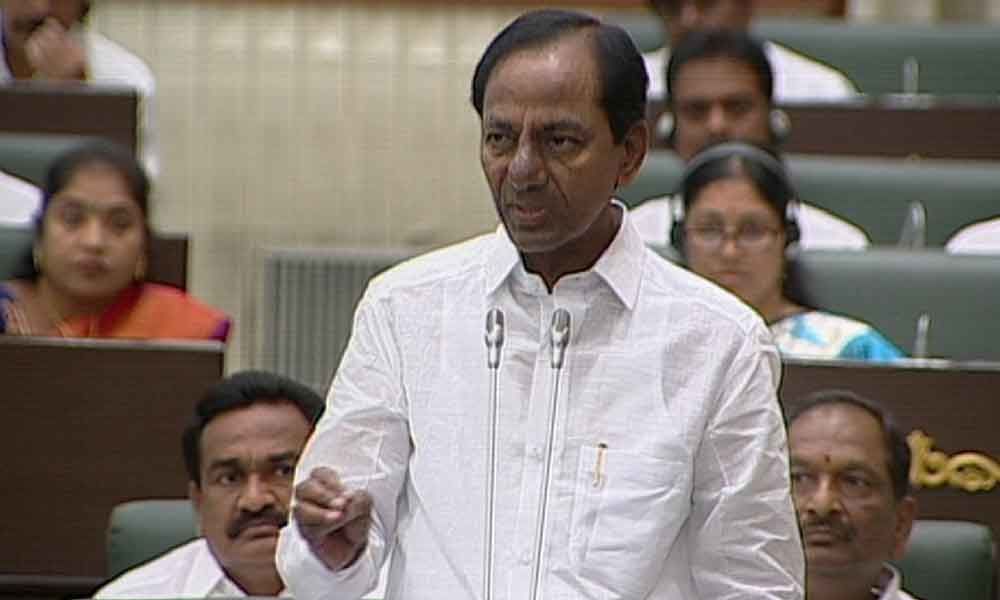 Telangana Chief Minister K Chandrasekhar Rao has showered sops on his native village Chintamadaka during his one-day official visit to his birthplace.

Telangana Chief Minister K Chandrasekhar Rao has showered sops on his native village Chintamadaka during his one-day official visit to his birthplace. He announced construction of permanent houses to every family and the development of underground drainage in the entire village.

KCR said that his village would be developed as a role model in the state and would become a 'gold chunk.' He instructed officials to complete all the sanctioned development programmes in the six months time.

The chief minister said he would visit after six months and inaugurate all completed schemes, including the construction of function halls, road network and drinking water supply. He instructed the leaders to involve every citizen of the village in the development of chintamadaka.