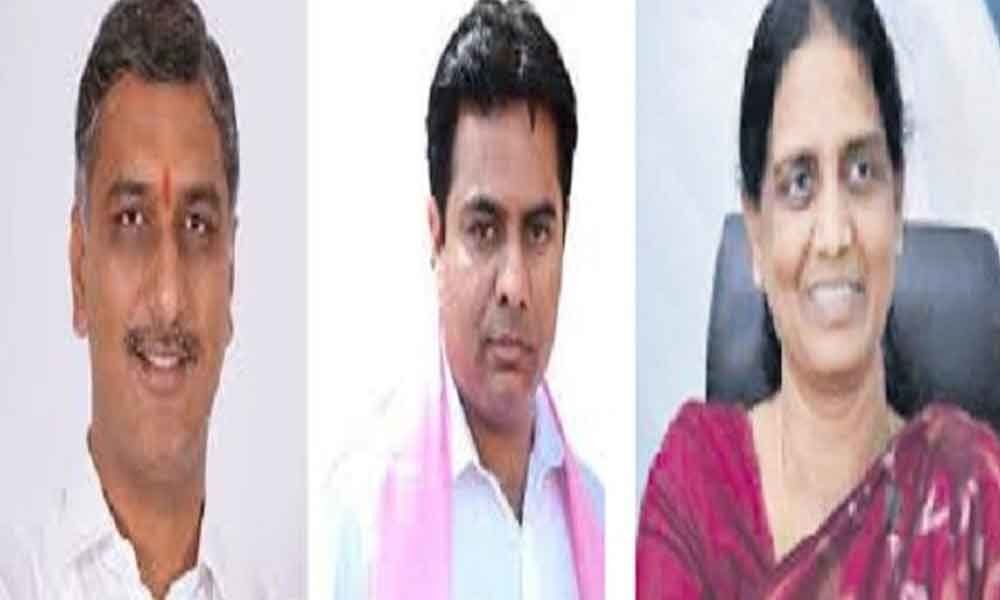 Hyderabad: Sircilla MLA K T Rama Rao and Siddipet MLA T Harish Rao are making it to Chief Minister K Chandrashekar Rao cabinet for the second time after having served as mInisters between 2014-18. Maheshwaram MLA Sabitha Indra Reddy, who switched from Congress to TRS a few months ago, also served as a cabinet minister earlier in the combined Andhra Pradesh state. Sabitha worked under three CMs including Y S Rajasekhar Reddy, K Rosaiah and N Kiran Kumar Reddy. KCR would be the fourth CM under whom the senior leader would be discharging duties as a minister. Khammam MLA Puvvada Ajay, Karimnagar MLA Gangula Kamalakar and MLC Satyavathi Rathod are the first timers in the list of ministers who would be taking oath in the evening.