KTR picks on Budget with tweets 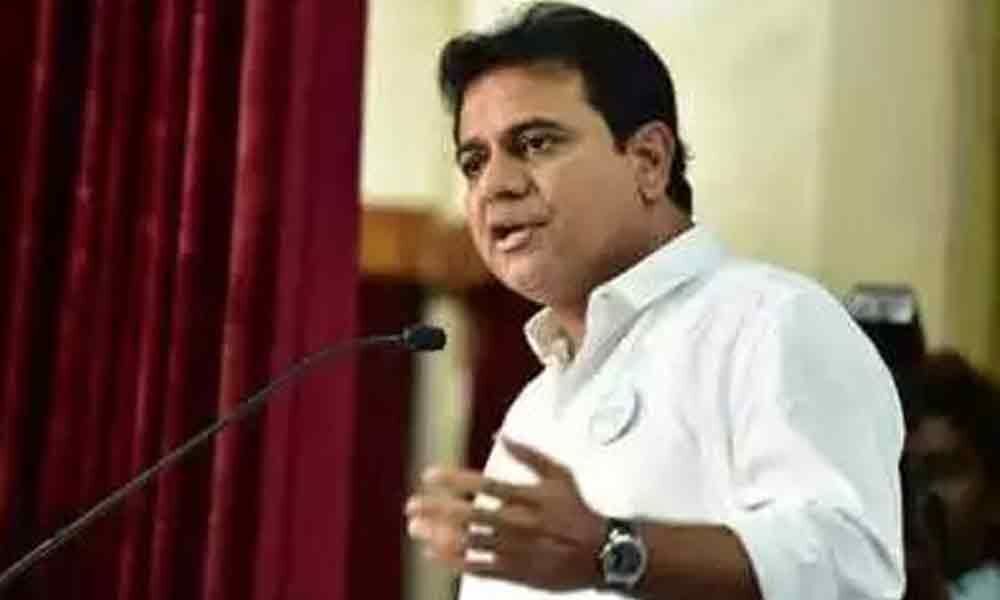 In a series of tweets on his Twitter handle on Saturday, KTR felt that Union Budget was extremely disappointing and insipid from Telangana's perspective.

KTR also pointed out that NITI Aayog lauded Mission Kakatiya and Mission Bhagiratha schemes of his government and recommended the Centre to allocate Rs 24,000 crore for these two schemes.

Strangely not even Rs 24 was allocated by the FM, he said tagging Nirmala Sitharaman on her Twitter account. He mentioned that the Telangana state had repeatedly demanded national project status for either Kaleshwaram or Palamuru Lift Irrigation projects on various forums.

However, there was no mention or even acknowledgement of these, he said, questioning the Union minister whether Telangana's projects were not in the interest of the nation.

He emphasised that life sciences and pharma, information technology and textiles are three important sectors for Telangana.

"No support for Kakatiya Mega Textile park, not even a mention of ITIR for Hyderabad and zero support for Pharmaceutical and Life Sciences sector where Hyderabad is a Hub," he said.

KTR also touched upon the unfulfilled promises of the AP Bifurcation Act. Even after 5 years of the formation of Telangana, there was no mention of the integrated steel plant at Bayyaram, Rail Coach factory at Warangal, Tribal University etc.

Why this indifference to a promising young state, KTR questioned the Finance Minister.

KTR did not leave it at that. Commenting on fuel hike, he said that rising prices on petrol and diesel would lead to an escalation of the burden on daily consumables on all Indians.

Rao also tweeted an old screenshot picture of the then Gujarat CM Narendra Modi in which the latter faulted Congress-led UPA for the hike in petrol prices, which he said would put a burden on hundreds of crores on Gujarat.

The other tweet by KTR that the Centre's "Har Ghar Jal Yojana" was inspired from Telangana much like "PM-Kisan" scheme that was inspired by "Rythu Bandhu".

However, a few netizens and BJP supporters on social media trolled KTR also tagging pictures of his visit to Gujarat to study the project in the capacity of Panchayat Raj minister.

However, KTR responded that Mission Bhagiratha was inspired by K Chandrashekar Rao's execution of a comprehensive drinking water project in Siddipet constituency in 1998 (12 years before Gujarat).

He responded that Gujarat tour was undertaken after PM Modi's letter to all states to study the model.