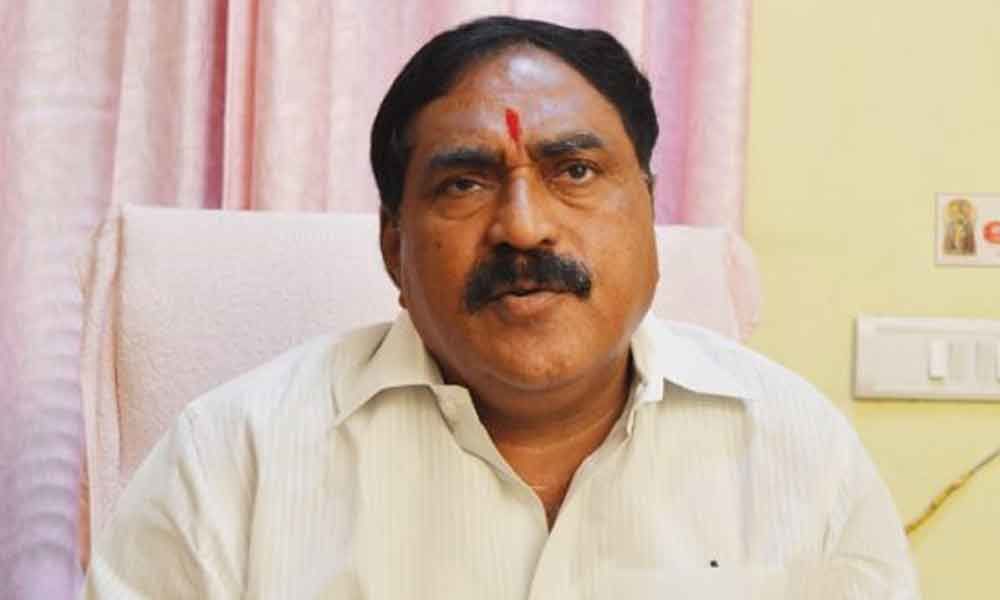 Panchayat Raj Minister Errabelli Dayakar Rao on Tuesday said prominence would be given to the Gram Panchayats during release of funds which achieve the targets of Haritha Haram programme.

Hyderabad: Panchayat Raj Minister Errabelli Dayakar Rao on Tuesday said prominence would be given to the Gram Panchayats during release of funds which achieve the targets of Haritha Haram programme.

Speaking at a review with the officials of his department, the Minister said steps should be taken to keep the villages clean and green.

He said the Haritha Haram programme should be made a success with the coordination of all the concerned departments. He said with the Haritha Haram, the climate conditions would change, and rains would improve. All should work collectively and sarpanches and officers should take steps to ensure the growth of the saplings being planted.

The Minister said the GPs which achieve success would be rewarded with buildings and CC roads. Each village should have a nursery for Haritha Haram. The NREG funds should be used as per plans.

He said in this financial year about Rs 1,406 crore of works of MGNREG have been completed so far. The officials should see that more funds are garnered for the programme in this year.

Wherever there is availability of lands, in form of government lands or donated lands, construction of buildings for the Gram Panchayat offices should be taken up. A burial ground should be allocated to each village.

He said all mandals should have computer centres. Officials should see that the pending bills from the Centre are released. Measures should be taken to prevent spread of seasonal diseases.