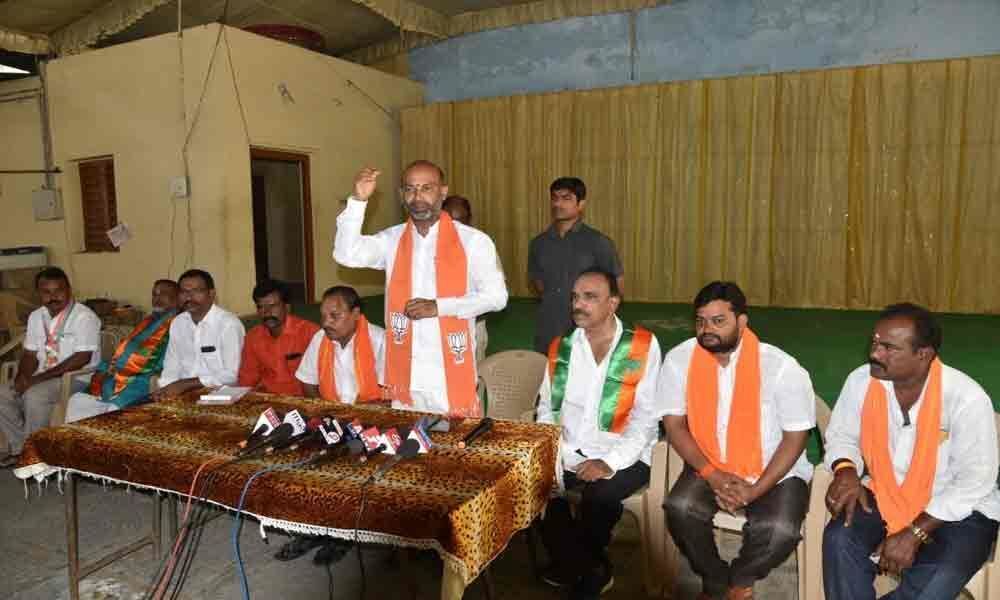 Speaking on the occasion, Sanjay Kumar said that by focusing on strengthening of the party along with ruling, BJP is able to expand across every nook and corner of the country.

The party is owned by all sections of people irrespective of castes and religions because of which it is ruling 18 States and at the Centre with full majority.

The party which has cadre from booth to district and State levels has become a major political in the world and exceeded the number of members as compare to the Communist party of China.

He added that the party workers must strive hard for enrolling maximum number of members into the party to strengthen it in the Karimnagar Parliament segment. With the joining of new members the party, BJP will emerge as strong party in the district and in the state, he said.

The TRS and MIM parties together are going to join hands like that of Assembly elections to face the municipal polls and are trying to create disturbances, the BJP MP said. In view of that, MIM party MLA, Akbaruddin attended a meeting that was held in Karimnagar and provoked the people against the BJP.

When BJP lodged complaint the police did not file a case against him due to the pressure exerted by the TRS leadership. BJP will never tolerate such hate speech and provoked comments by any party and leader against it. BJP party leaders and party cadre must be aware of this and must give them fitting lesson time to time, he added.