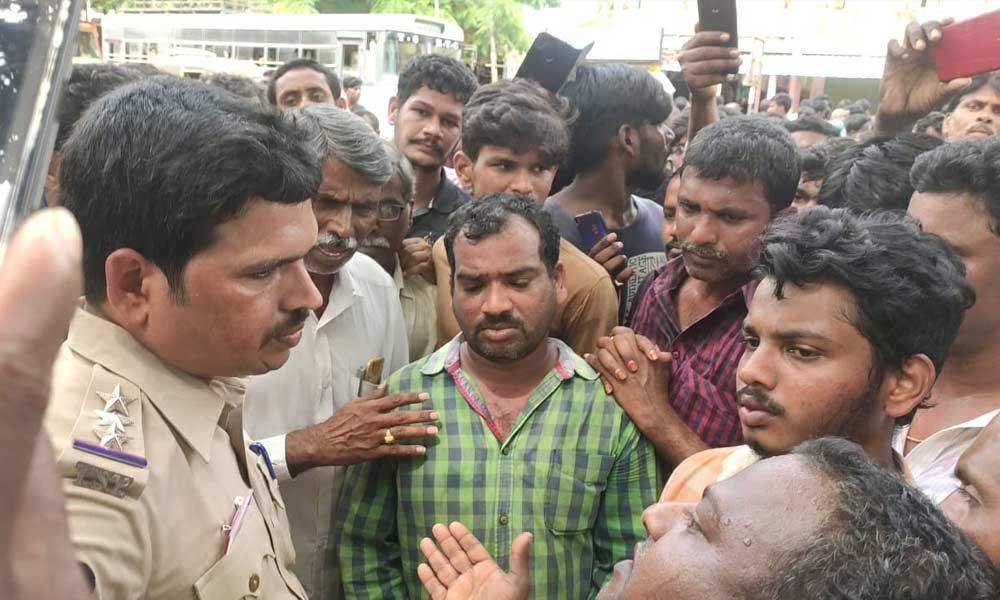 A minor boy committed suicide as he was booked in the case of damaging ATM here on Wednesday.

Aswaraopet (Kothagudem): A minor boy committed suicide as he was booked in the case of damaging ATM here on Wednesday.

The deceased boy aged 17 years hanged himself at his residence at Aswaraopet town. The boy was called to the police station a few times for questioning him along with others in connection with the incident of damaging an ATM at the town ten days back.

As he feared that he would be punished, he ended his life. The family members of the deceased have taken the dead body to the local police station not allowing post-mortem. They staged a protest at the police station accusing the police of harassing the boy

Demanding serious action against police constables who harassed the boy they entered into arguments with CI Abbaiah and staff.