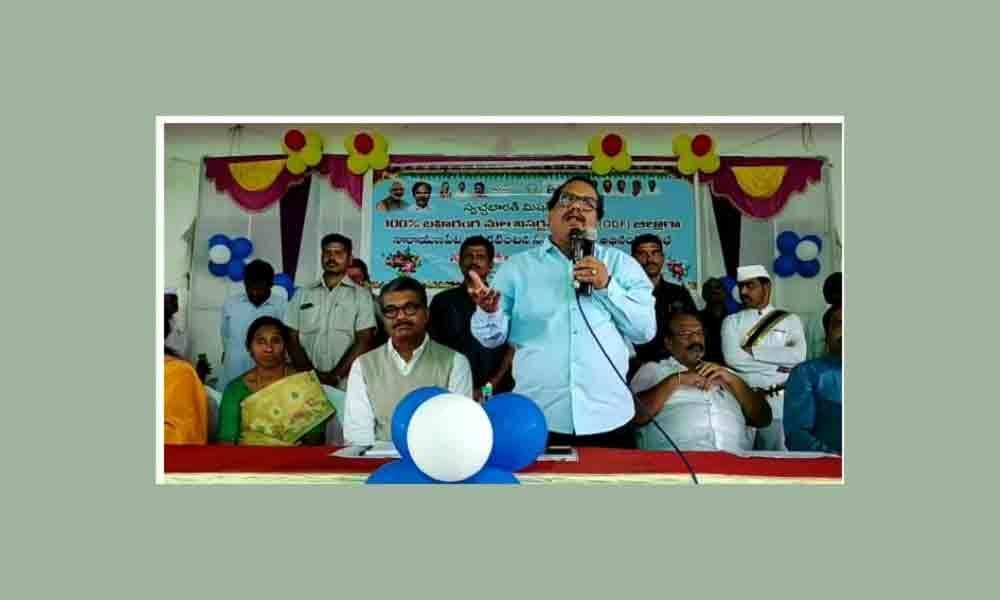 Narayanpet: District Collector S Venkat Rao has declared Narayanpet district Open Defecation-Free (ODF) district on Wednesday. "We have successfully implemented the Swacch Bharat Mission in the district and today, we could proudly declare that the district has achieved 100 per cent construction of toilets in a short span and we got the ODF tag," informed the Collector.