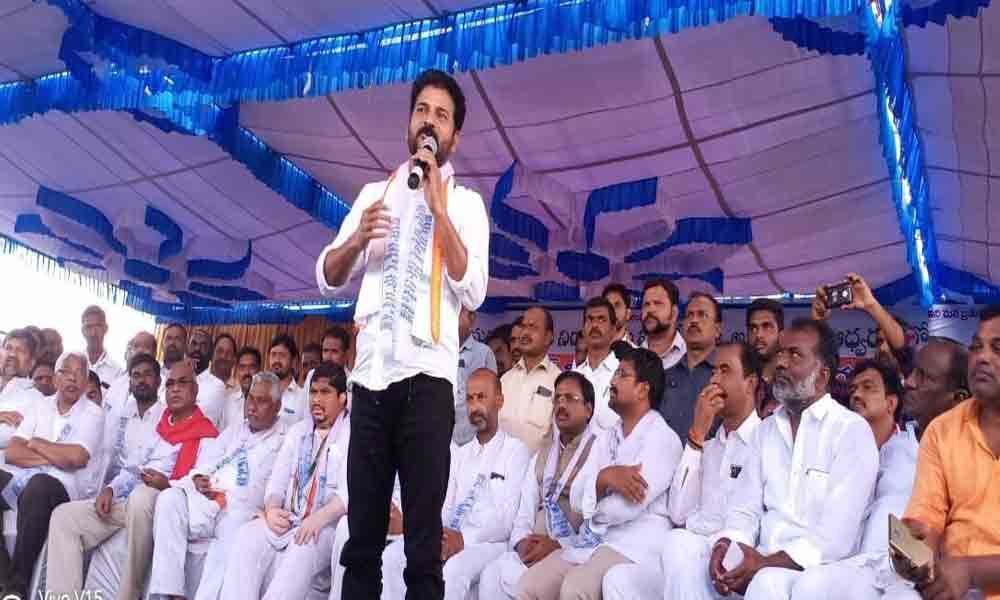 Congress Lok Sabha member A Revanth Reddy here on Friday exhorted the people to fight for their rights.

He was addressing the oustees of the Mid-Manair Reservoir at a mahadharna programme in support of their demand for compensation for the land acquired for the project.

Revanth Reddy said many persons in Siricilla died under wheels of lorries and tractors. This showed the activities of sand mafia, he said. The people had voted for the TRS because they believed that their problems would be resolved if K Chandrashekar Rao became Chief Minister. But their hopes were belied.

The government had promised that it would pay compensation of Rs 5.04 lakh for construction of houses and Rs 2 lakhs for those who crossed 18 years of age along with housing plots but failed to fulfil the promise till date, he alleged. He advised the outstees to stage a 48-hour protest during budget session and said the opposition parties would support them.

The TPCC working president Ponnam Prabhakar said that due to the negligence of the government, the oustees were facing lot of hardship by not getting rehabilitation and resettlement (R&R) packages.

If Rajya Sabha member Santosh Kumar has affection for the people in his home district, he should adopt all 13 village where the outstees were suffering because of non-payment of compensation. If Chief Minister K Chandrashekar Rao happened to visit the villages, he advised the people to welcome him with "black balloons."

Telangana Jana Samiti chief Prof Kodandaram said that the oustees, who used to provide livelihood for others, were now forced to work as labourers. The government had failed to fulfil its promise. Karimnagar MP Bandi Sanjay Kumar said that the State government had no interest to solve the people issues. There is no illegal business that the TRS leaders were not involved.

The Chief Minister evinced affection on people of Chintamadaka village, but he had no sympathy for the oustees of MMD. He exhorted the outstees to lay siege to Pragati Bhavan and he assured that the BJP would lead the agitation from the front.