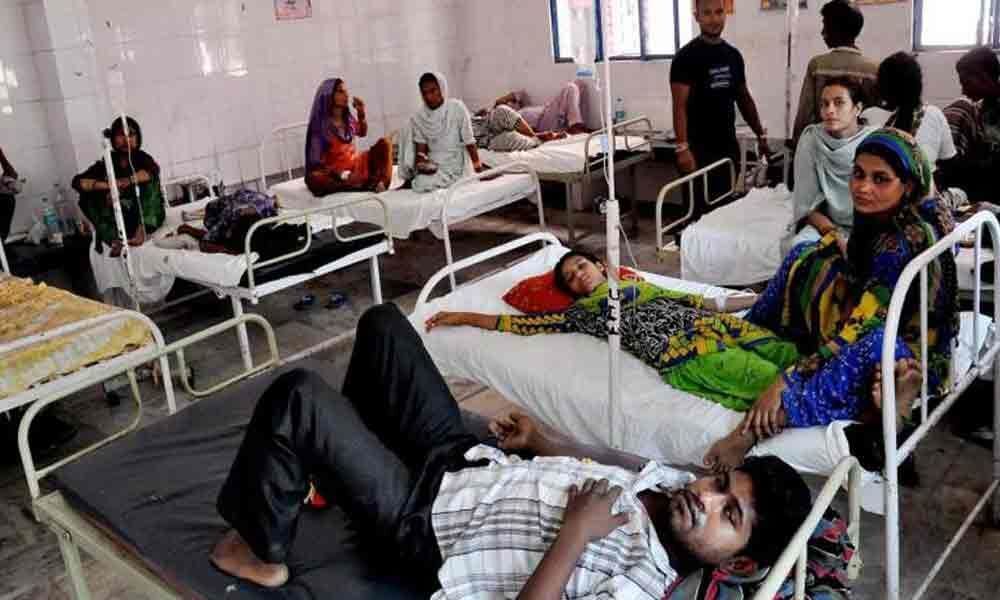 The erstwhile Mahbubnagar district has been witnessing a heavy influx of patients in the hospitals for the past one month.

Mahbubnagar: The erstwhile Mahbubnagar district has been witnessing a heavy influx of patients in the hospitals for the past one month. The main reason for this increase is due to rise in number of fever cases across Nagarkurnool, Wanaparthy, Gadwal, Mahbubnagar and Narayanpet district.

According to statistics available with the District Medical and Health officials of Mahbubnagar in the past one month as many as 170 dengue cases have been registered in various parts of the district.

As part of precautionary measures we have already conducted a district healthcare coordination meeting with all the medical officers from different PHCs, CHCs and Urban health centres and given them clear guidelines and instructions to deal with the situation effectively," said Dr Rajani, DMHO Mahbubnagar.

Though there is a rise in number of people visiting government hospital for fever, there are no confirmed cases of dengue observed in the district," said a senior district official from Wanaparthy.