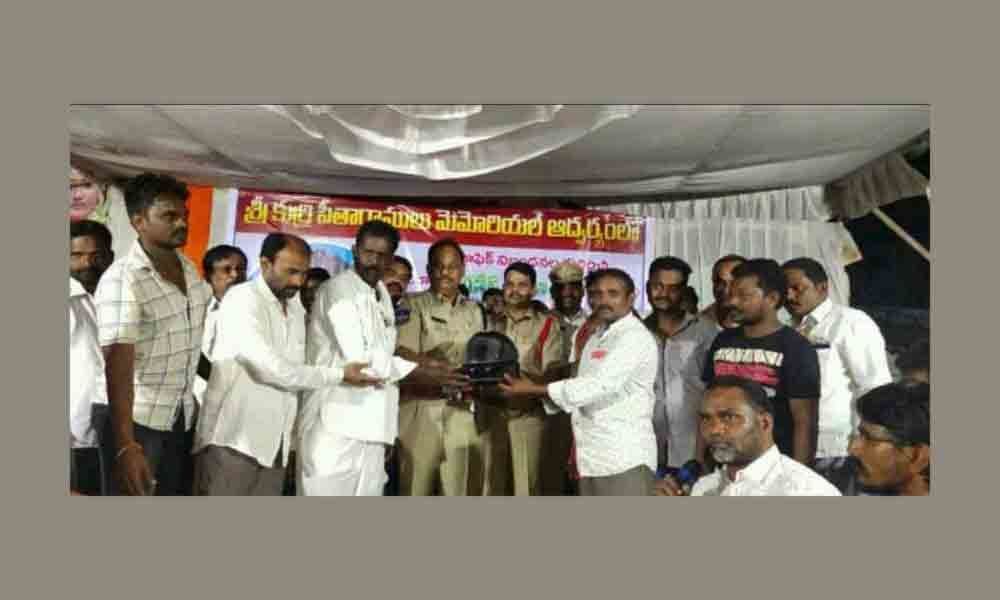 Kodad (Suryapet): Kodad Deputy Superintendent of Police Sudarshan Reddy stated that government has been making laws and amending them from time to time only for the protection of the citizens of the country.

On Sunday, he participated as chief guest to helmets distribution programme organised by Kurri Seetharamulu Memorial Trust in Kodad town.

Addressing the gathering, the DSP stated that youth must be aware of traffic rules and protect themselves and others by driving safely. Refuting that the new Motor Vehicle Act was designed to rob the people, he informed that new MV Act definitely provides more safety to people in all aspects.

He informed that it was the duty of police to implement the laws made by the governments. Later, he distributed helmets to 150 bike riders.

Trust organisers, in their speech, informed that their father died in a road accident as he did not wear helmet and added that they were distributing helmets to avoid such incidents happen in others lives.