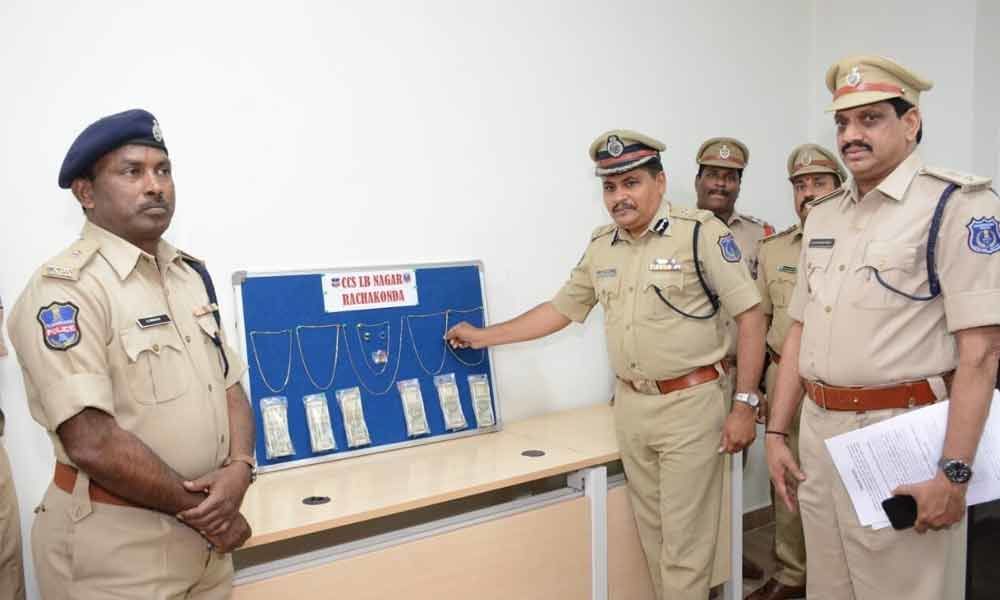 Hyderabad: The LB Nagar Central Crime Station (CCS) officials along with Abdullapurmet police on Wednesday arrested a pseudo police offender at ORR Service Road in Abdullapurmet. The arrested has been identified as Ch Chandu (38, a driver), and a resident of Medipally.

The accused allegedly robbed couples who visit isolated places by posing himself as a police officer. They police recovered 9.5 tolas gold ornaments, net cash of Rs 3 lakh, and a bike all worth Rs 6 lakh from the possession of the accused.

According to Rachakonda Police Commissioner Mahesh M Bhagwat, on questioning the accused revealed his criminal record and confessed to 30 offences committed by him in the past two years in the jurisdiction of Rachakonda (27 offences) and Cyberabad Commissionerates (3 offences), among them only 4 cases were reported.

The CP said the accused in order to gain more money easily, hatched a plan to rob people who visit isolated places.

As per his plan he selected the interior areas surrounding ORR and whenever he found a couple, he approached them and robbed them of gold and cash pretending to be a police officer.