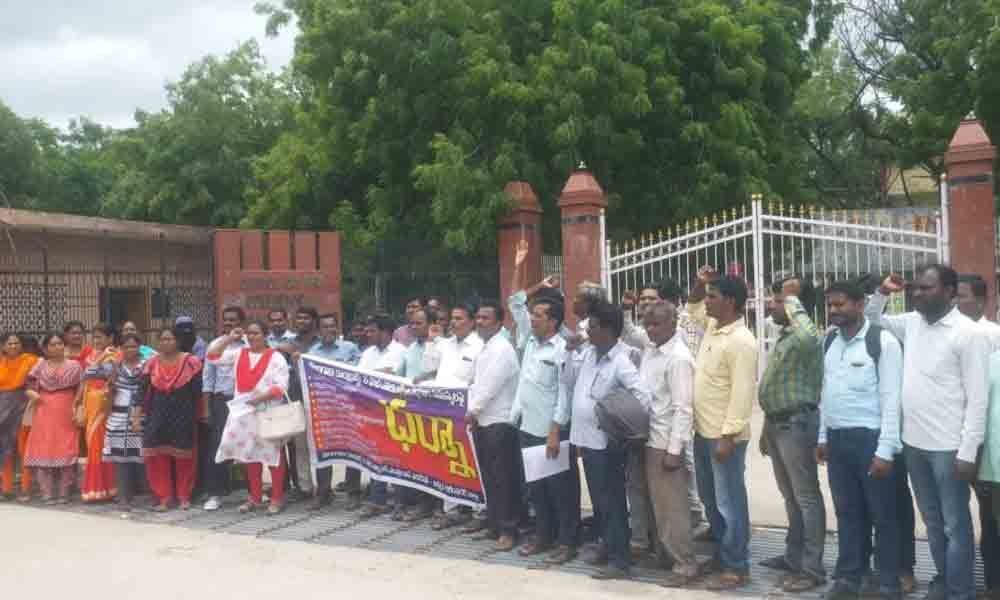 The union members along with representatives of Centre of Indian Trade Union (CITU) staged a dharna in front of Karimnagar Collectorate on Monday, demanding that the government should solve their issues.

Speaking on the occasion, CITU district secretary Bandari Shekar said that there are as many as three lakhs people are working as outsourcing and contract employees in various government departments across the State. Even after working for the past 20 years, there is no job security for them. Apart from that they are facing harassment in the offices they are working, he alleged. They are not paid equal salary for equal work and no sign of implementation of 11th PRC, which was implemented for the permanent government employees.

Shekar demanded that the government should consider making the outsourcing and contract employees working in various government departments as permanent employees along with implementing the 11th PRC; sanctioning salaries directly from the departments instead of from agencies; and to sanction health cards along with providing insurance to them.