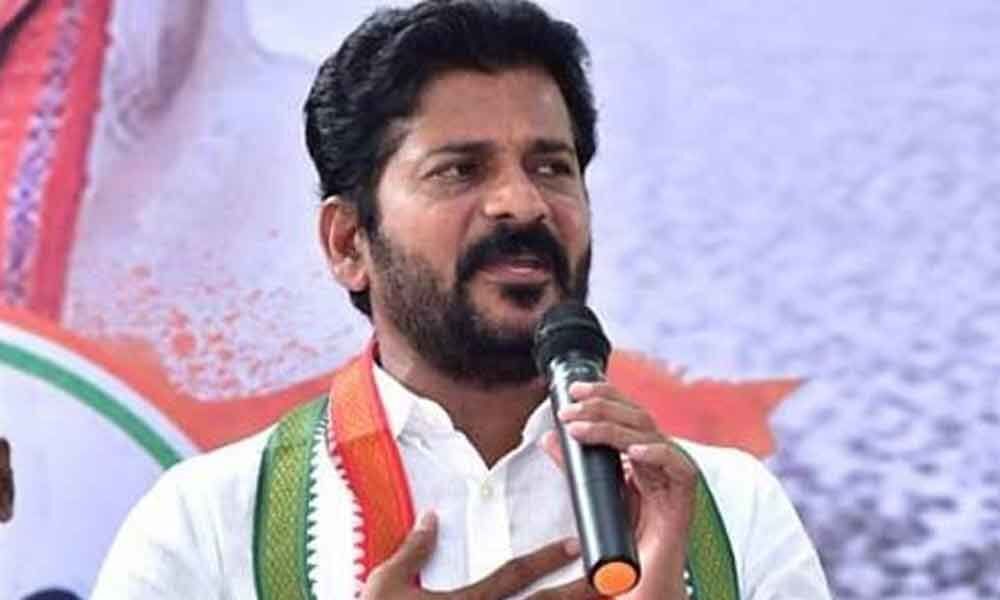 Malkajgiri MP A Revanth Reddy on Thursday said that there was nothing wrong to fire at TS Genco and Transco chairman managing director D Prabhakar Rao at the Martyrs Memorial for his lies.

Hyderabad: Malkajgiri MP A Revanth Reddy on Thursday said that there was nothing wrong to fire at TS Genco and Transco chairman managing director D Prabhakar Rao at the Martyrs Memorial for his lies.

Addressing the media, he said Prabhakar Rao has been posted in a position to which he was not qualified. Though CMD posts of Genco and Transco have to be given to IAS officers, Prabhakar Rao, who was not a cadre officer, is posted in them.

The government has been looting the public money by posting Prabhakar Rao in those posts. He alleged that lot of burden has been casted on Telangana by purchasing the power from Chhattisgarh.

Former principal secretary of Energy department Aravind Kumar was transferred from there as he found some loopholes in the agreement proposed with the Chhattisgarh government for purchasing power.

He said that companies of Adani were behind the power purchase agreements being made with CG. The Adani companies supply coal to the thermal power station that supply power to Telangana.

About Rs 1,200 crore of burden was casted on the people of Telangana to benefit Adani. If power is purchased through open bidding it could have come at a cheaper cost.

He said that Transco and Genco CMD Prabhakar Rao was lying that the power is purchased from Chhattisgarh for Rs 3.90 per unit. Prabhakar Rao has been helping the Chief Minister to loot the money.

Revanth alleged that the CMD has been signing agreements which were legally wrong. He said that public money is looted through emergency purchases.

Recently power has been purchased at a cost of Rs 6 per unit. He alleged that the sellers and purchasers have formed a syndicate to loot the public money.

Revanth said that they would write letters to BJP State president K Laxman, Union Minister of State for Home G Kishan Reddy and working president of BJP JP Nadda and ask if they were ready to hold inquiry.