Security Beefed Up at Railway Stations Ahead of Independence Day 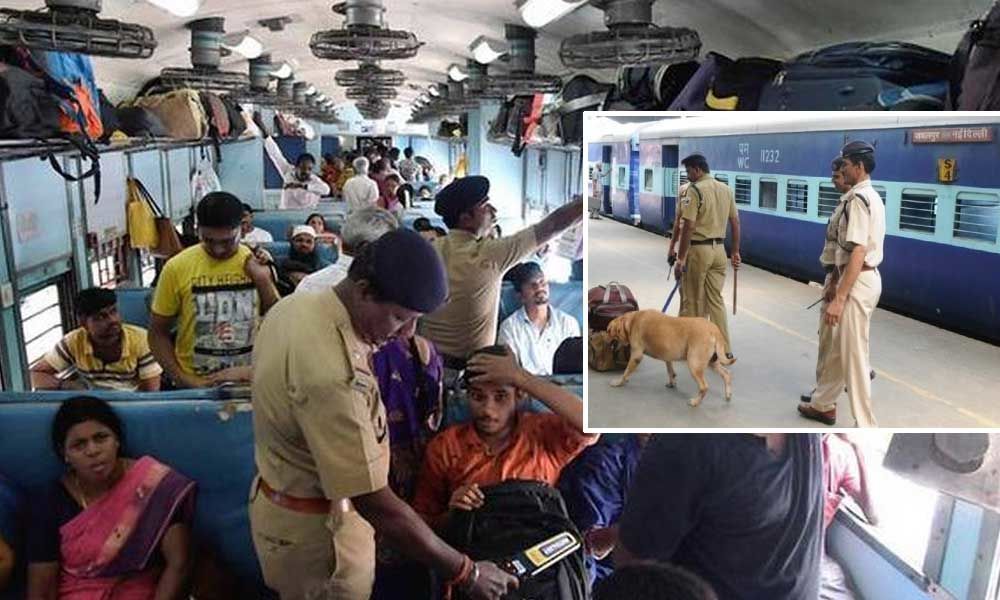 RPF carried out an intensive drive called 'Operation Number Plate' against unauthorised and abandoned vehicles at the railway stations.

Ahead of the Independence Day, as a precaution the Railway Protection Force (RPF), South Central Railway has organised a massive campaign against unauthorised and abandoned vehicles parked for more extended periods at the railway station facilities.

RPF carried out an intensive drive called "Operation Number Plate" in 37 railway stations on SCR from August 9 to August 11, 2019. This drive was carried out in the main railway stations such as Secunderabad, Warangal, Vijayawada, Guntur, Tenali, Eluru, Samalkot, etc. to remove illegal and abandoned car parking at railway buildings.

During this drive, a large number of vehicles were also found that were lying down for more than 3 to 6 months. Details of vehicle owners are being tracked and delivered to genuine owners after proper verification. The other vehicles will be cleared from the railway buildings in coordination with traffic or local police, following the legal procedure. This drive will allow not only to decongest the circulation areas but will also enable security in and around the station.

During the drive, one (01) 4-wheeler and 628 two-wheelers were found in the railway stations lying for more than five days. Twenty-seven two-wheelers and one four-wheeler were identified and delivered to them. Also, 129 two-wheelers are towed with the cooperation of local police authorities. Investigations are being carried out on the remaining 470 vehicles and will also be delivered after proper legal formalities. The case was filed against eight two-wheelers by RPF under the Railways Act.

Shri Gajanan Mallya, General Manager of South Central Railway stations, appreciated the efforts made by RPF personnel in clearing the abandoned vehicles from railway stations. He also advised to carry out such drives at regular intervals to keep the railway facilities clean and avoid adverse incidents.