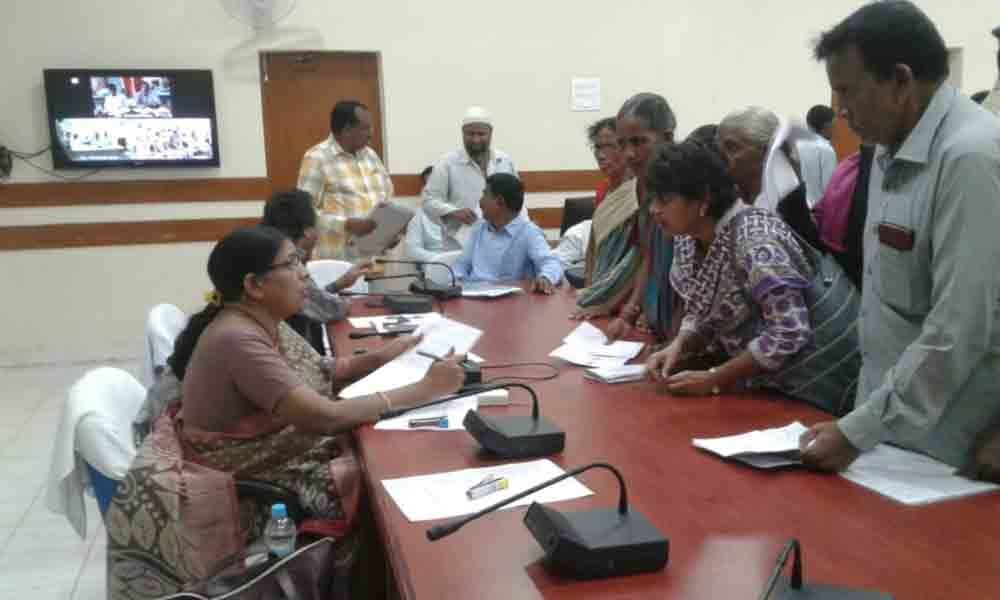 Adilabad: Joint Collector Sandhya Rani instructed officials to address grievances received in Prajavani immediately and don't make people to making rounds of offices for the same issues. The JC was addressing officials at the grievance programme held at the Collector Conference Hall in Adilabad on Monday.

Sandhya received grievances from the people from the different part of the district and ordered officials to provide information to the petitioners in land related issues. She observed that some petitioners were coming frequently to the Prajavani programme on the same issue and wanted officials to answer petitioners.

She also said that three acres land will be given to the eligible beneficiaries in Dalith Bastis in near future. Petitions received for pensions, loans, employment were handed over to the officials concerned for verification, she said.