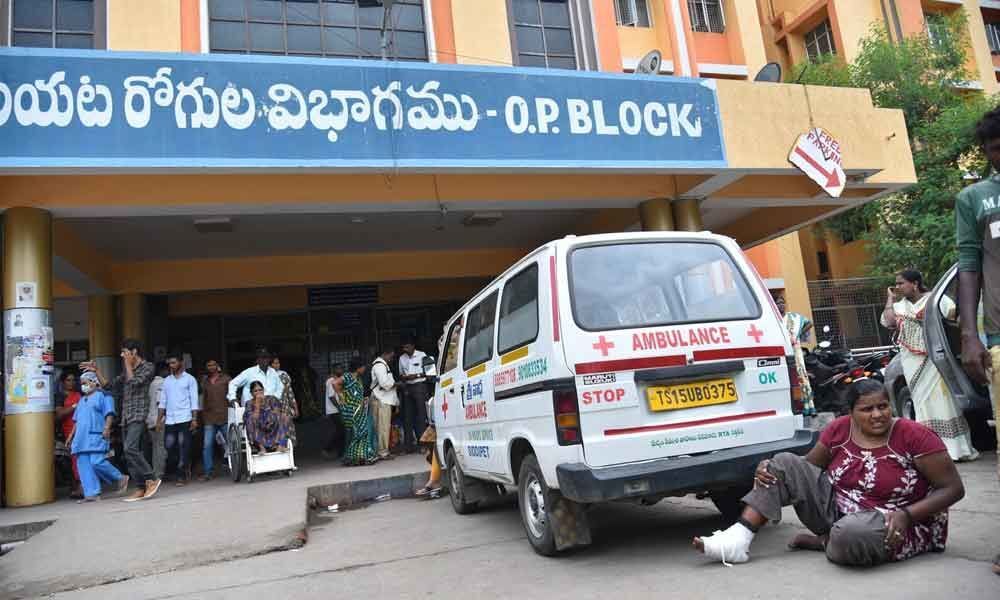 Not just private hospitals even state hospitals are in the same boat as far as getting Aarogyasri and EJHS dues are concerned.

Hyderabad: Not just private hospitals even state hospitals are in the same boat as far as getting Aarogyasri and EJHS dues are concerned.

They too have to get pending bills that shot up more than one hundred crore rupees due to non-release of payments regularly.

Major hospitals like Osmania, Gandhi, Niloufer, MNJ Cancer, MGM and various District and Area hospitals, Community Health Centres not to forget the autonomous NIMS are on this list.

Citing financial issues, private hospitals across the state went on a five-day stir boycotting Aarogyasri services altogether. However, government hospitals being part of the system do not have that freedom and all that they can do is plead with the state administration to release the pending dues on a priority basis.

However, after private hospitals raised a banner of revolt over the last month, the government released some amount out of which some part went to the state hospitals.

Over 70 government hospitals across the state are offering treatments under various ailments under Aarogyasri. Earlier the hospitals used to utilised both the Hospital Development Fund and Aarogyasri payments for procuring new equipment or for any development works within the hospitals.

However, due to irregular payments of the Aarogyasri dues for the last one year, hospitals had no option but to be content with only the Hospital Development Fund, which is Rs 10 lakh for District Hospital, Rs 5 lakh for Area Hospital and Rs 3 lakh for Community Health Centres.

Out of the payments received under Aarogyasri, doctors and medical staff receive 30 per cent share for performing the procedure while 70 per cent of it is utilised for hospital development and other works.

A senior official from a government hospital, who did not wish to be named, said that they could offer improved services to people thronging state hospitals if Aarogyasri dues were released on time and regularly like done earlier.

The fund given to each hospital is proving to be inadequate as the patients' footfall increased considerably in the last two to three years after the Telangana government undertook several new initiatives in the health sector, the official said.

It may be noted that Aarogyasri scheme, a unique Community Health Insurance Scheme provides financial protection to BPL families up to Rs 2 lakh in a year for the treatment of serious ailments requiring hospitalisation and surgery.