Technology should be relevant to society: Governor 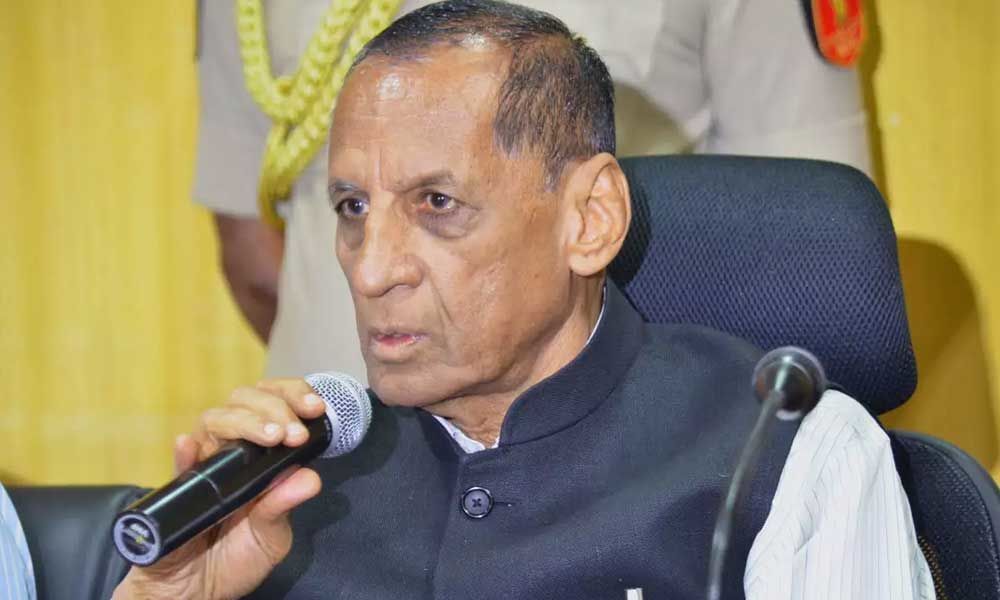 Delivering the Address at the 8th Convocation of the Jawaharlal Nehru Technological University at Hyderabad on Friday, Governor of Andhra Pradesh and Telangana and Chancellor of the University E.S.L. Narasimhan said technology should always be for societal relevance.

Hyderabad: Delivering the Address at the 8th Convocation of the Jawaharlal Nehru Technological University at Hyderabad on Friday, Governor of Andhra Pradesh and Telangana and Chancellor of the University E.S.L. Narasimhan said technology should always be for societal relevance. The Governor said Prof. Uday B. Desai, Director of IIT Hyderabad, on whom the University conferred the Honorary Degree is a role model for the student community and a distinguished son of the country. He said it is an honor for the University to have him as Chief Guest at the University's Convocation.

The Governor said he was speaking as a layman and as Narasimhan and as he doesn't have either technology or knowledge at his disposal. The Governor said students who completed their courses are now entering the phase of Lab to Land transfer and learning is a continuous process. He said while we have the high-end technology we should also ensure that the development of the country takes us to compete in the comity of nations.

Narasimhan said technology has a great role to play in ensuring health security, energy security, environmental security and national security and this is essential for the country and the common man today. He said while technology is required for sending missions to the moon, the mars and may be after some days the honeymoons probably may be held on the moon but ultimately how relevant is the technology to the common man is important. He said health security has become extremely important today.

Earlier, the Governor presented Gold Medals, Degrees and Diplomas to the students of the JNTU Hyderabad.