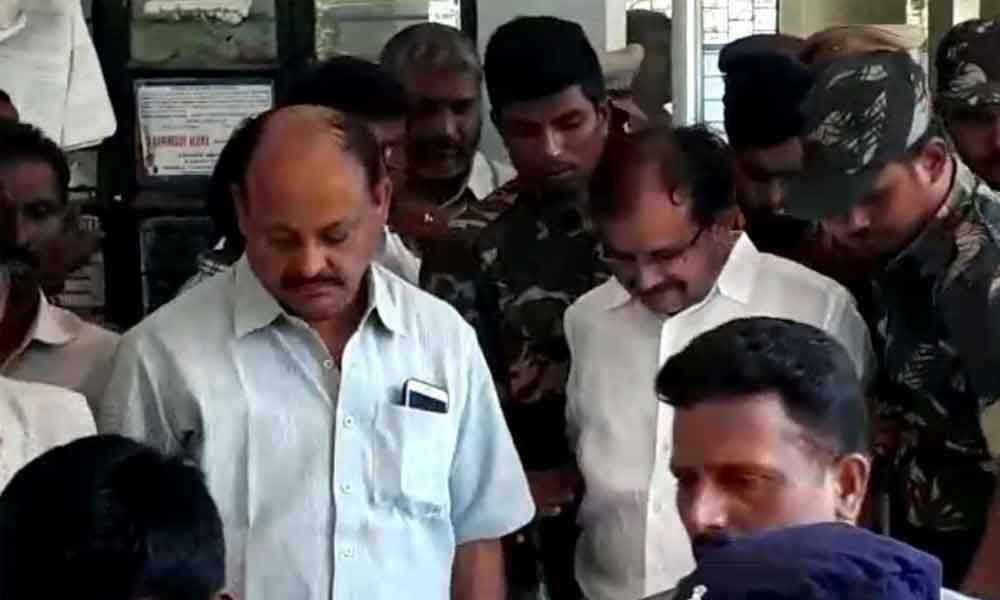 Kadapa: In a major development which can have political overtones, the police arrested E Gangi Reddy, a close aide of Y S Vivekananda Reddy, his person...

Kadapa: In a major development which can have political overtones, the police arrested E Gangi Reddy, a close aide of Y S Vivekananda Reddy, his personal secretary Krishna Reddy and Prakash Reddy, son of housemaid Lakshmi on Thursday.

They were charged with destroying evidence at the crime scene and misleading the police.

YSRCP leader Vivekananda Reddy was brutally murdered on March 15 in his house in Pulivendula. The murder assumed political colour with Chief Minister N Chandrababu Naidu and YSRCP president Jaganmohan Reddy, nephew of Vivekananda Reddy, trading charges against each other.

While Jagan alleged that it was Naidu who was behind the murder, the Chief Minister has been saying that it was handiwork of family members.

The state government had constituted a SIT, headed by CID chief Amit Garg, to probe the case. During the course of investigation, the police interrogated about 50 persons.

According to Deputy SP D Nagaraj, Krishna Reddy did not hand over the letter purportedly written by Vivekananda to the police till the evening of March 15. Vivekananda according to the letter was attacked by his driver.

The police said that son of the housemaid had washed off the blood stains and other evidence in the bathroom where the body was found by Krishna Reddy early in the morning on March 15.

It is alleged that they also changed his clothes. The police said that they arrested Gangi Reddy for suspected involvement in the murder. All the three were produced before a court at Pulivendula and were remanded to the custody.

It may be mentioned here that the arrests came a day after the Election Commission transferred three police officers, including Kadapa SP Rahul Dev Sharma and the state government locked horns with the ECI on this issue.

Earlier, the family members, including the daughter of Vivekananda, had submitted representations to Governor ESL Narasimhan and ECI saying that they don't have faith in the state police and hence the case should be handed over to the CBI.

They had even filed a petition in the High Court.