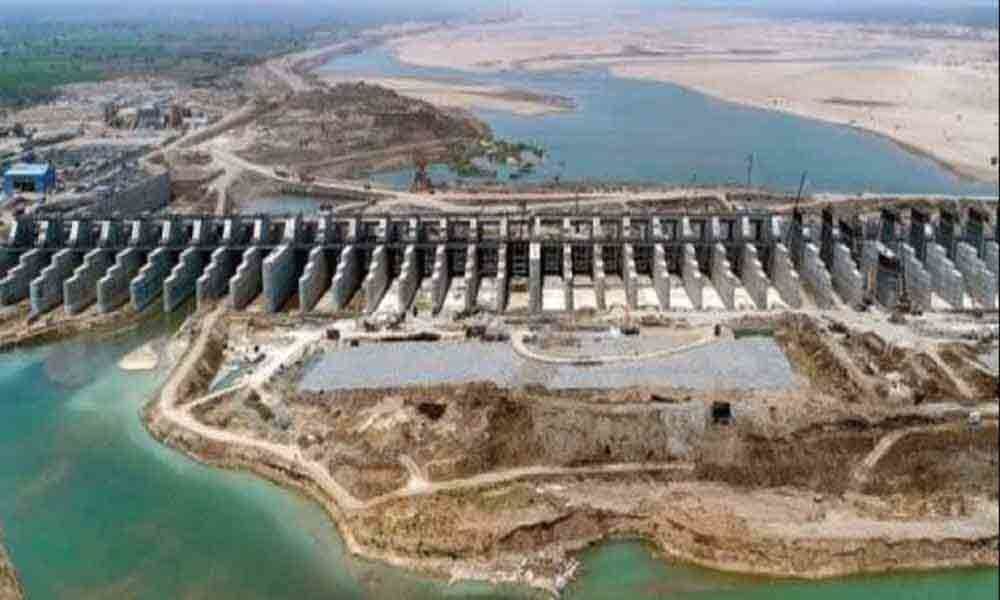 1. Says the Congress and BJP are making baseless allegations on the project.
2. He questions why the Congress leaders visited Tummidihatti when the project was constructed at Medigadda.
3. Alleges that the Congress government started project works without getting a single permission from the Central agencies whereas the TRS government got nine different permissions for the Kaleshwaram project.

Hyderabad: Telangana Rashtra Samithi (TRS) leaders on Tuesday said the parties which are alleging corruption in Kaleshwaram project can go for CBI or any other inquiry.

Addressing a press conference along with party leaders Naradasu Lakshman, S Venugopala Chary and others, Welfare Minister Koppula Eshwar said the opposition parties can go for any inquiry. Responding to a question on the corruption allegations of opposition parties and demand of CBI inquiry on Kaleshwaram project, Eshwar said, "let them go for CBI inquiry or any other inquiry, who has stopped them from going for the inquiry." He said the Congress and BJP leaders were making baseless allegations on the project. Referring to Congress leaders visiting Tummidihatti, Eshwar questioned as to why the Congress leaders went to Tummidihatti when the project was constructed at Medigadda.

The Minister said the Central Water Commission (CWC) had given its report stating there was no water availability at Tummidihatti hence the government has decided to go for Medigadda. The Congress party government started project works without getting a single permission from the Central agencies whereas the TRS government got nine different permissions for the Kaleshwaram project. He recalled that the then Chief Minister of Maharashtra Prithviraj Chavan wrote to the AP Chief Minister stating that this project would be futile exercise if they construct at Tummidihatti. Eshwar further alleged that the Congress government increased estimates of the project three times. He said the Congress government increased estimates of project from Rs 17,875 crore in 2008 to Rs 40,300 crore in 2009.

The Congress and BJP leaders are speaking without any knowledge on the project. He said that with Kaleshwaram, the Godavari water is reaching up to Mid Manair and appearing like full pot of water. He said the State government has been demanding national project status for Kaleshwaram but the Centre has made it clear that no project would be given national status now.