TRS works out plan to do a Kodangal in Malkajgiri 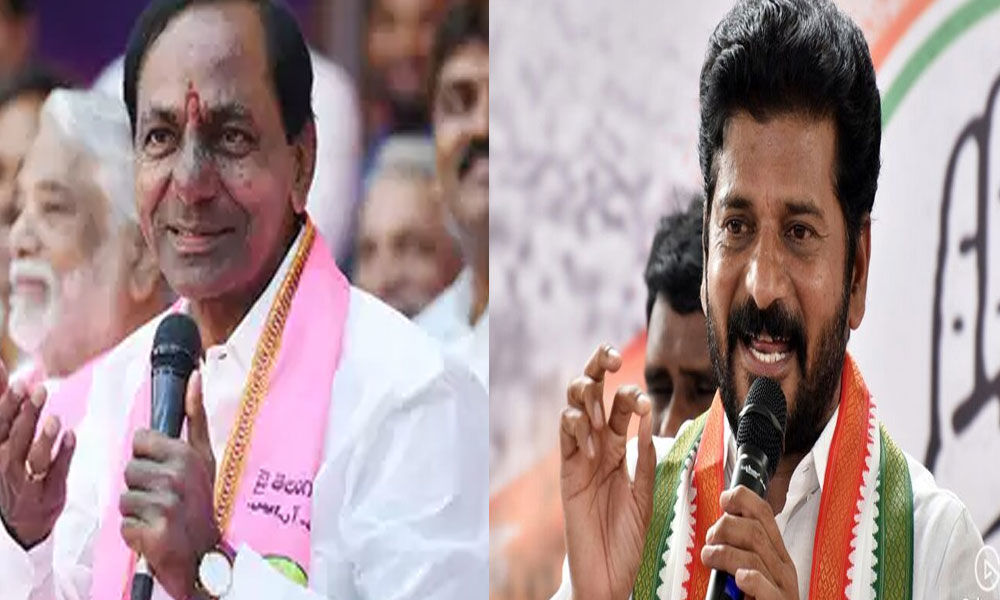 Hyderabad: Telangana Congress working president A Revnath Reddy's decision to contest from Malkajgiri will result in witnessing a fierce poll battle be...

Hyderabad: Telangana Congress working president A Revnath Reddy's decision to contest from Malkajgiri will result in witnessing a fierce poll battle between TRS Chief K Chandrashekar Rao and 'rabble rouser' Revanth. Malkajgiri, the biggest Lok Sabha constituency in the country, has over 30 lakh voters which draws the attention of all.

In the just-concluded assembly elections, KCR put all energies by deploying heavy contingent of his party leaders and vanquished the Congress leader from the latter's stronghold Kodangal assembly segment. Soon after the AICC high command announced the names of eight Congress candidates, including Revanth on Friday night, KCR also seems to have changed his strategies and is said to be scouting for a strong leader who can defeat Revanth.

So far there was speculation that industrialist and KCR's relative Naveen Rao who was associated with TRS since the launch of the party in 2001, would be fielded from this constituency.This Lok Sabha segment is dominated by Seemandhra voters. A senior TRS leader said that nearly 40 per cent of the voters are from that region.

Since the Assembly and Parliament elections in Andhra Pradesh are scheduled to be held simultaneously on April 11 on which date Telangana too goes to Lok Sabha polls, the impact of AP politics on Andhra voters in the Malkajgiri cannot be ruled out. Hence TRS is taking extra care in finalising the candidate.

TRS already won seven assembly segments - Medchal, Malkajgiri, Qutbullalpur, Kukatpally, Uppal, LB Nagar and Secunderabad cantonment which comes under the jurisdiction of Malkajgiri Lok Sabha constituency. The only big challenge before the TRS now is to keep the Andhra voters in its fold and counter Revanth from giving a tough fight to TRS.

Since TDP is one of the political partners of Congress at national level, leaders said that Revanth has the advantage of TDP cadre supporting him in the segment. Considering the fast-changing political developments, KCR is now mulling to field a strong candidate from Reddy community to counter Revanth. The names of Labour Minister C Malla Reddy's son Mahendar Reddy and son-in-law Rajashekhar Reddy names are said to be under consideration.

Sources said that after the announcement of the candidate, KCR will assign a senior-most TRS leader to take charge of the campaign and ensure party's victory. In the Assembly elections, senior leader T Harish Rao was entrusted the responsibility of trouncing the Congress leader.