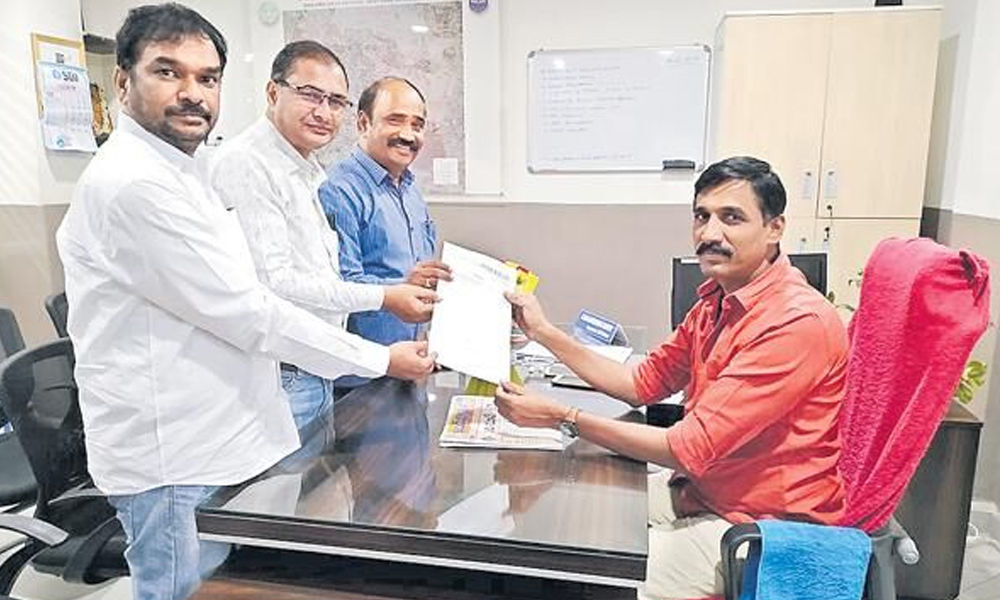 Raising objection to Jana Sena chief Pawan Kalyan’s certain remarks, the Telangana Advocates JAC on Saturday lodged a complaint against the Tollywood actor in Jubilee Hills police station and sought action against him

The JAC representatives Ch Upender, T Sreedhar and Goverdhan Reddy and others raised objections over the controversial remarks of Pawan Kalyan saying that "Andhrites were beaten up in Telangana.

Is Telangana a Pakistan?", while addressing the political gathering in Bhimavaram on Friday. They criticized him and said that to gain political mileage in Andhra Pradesh elections, Pawan is targeting Telangana Chief Minister K Chandrashekar Rao and trying to create a rift between the people of both the Telugu States.

Representatives of Advocates JAC said that people from 28 States are living happily in Telangana and none of the settlers in Telangana were ever attacked by anybody.

Even they are supporting TRS supremo KCR for developing the State as golden Telangana. They demanded Jana Sena chief to show evidences for his allegations that the Telangana people snatched the lands of Andhrites in Hyderabad.

Meanwhile, the Jubilee Hills police are taking legal opinion on the complaint lodged by the Advocates JAC against Pawan Kalyan.

JubileeHills SHO K Balakrishna Reddy said based on the opinion by the experts they will move forward and decide whether to register a case or not. On the other hand, Pawan Kalyan yet to react on the complaint filed against him.