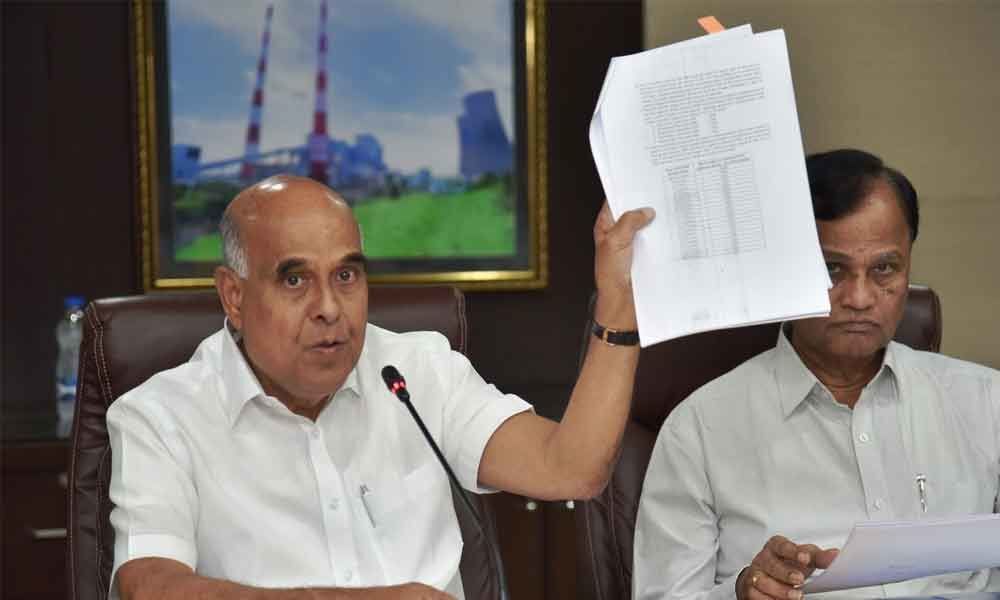 Hyderabad: Telangana TRANSCO and GENCO Chairman and Managing Director D Prabhakar Rao on Tuesday rubbished the opposition allegations of corruption in the purchase of power in the State.

Addressing the media here, the official said every decision taken by the power utilities are in the interest of state and people. The increased output in the farming sector was the result uninterrupted quality power supplied to the agriculture free of cost.

Paddy production has increased to 60 lakh metric tonnes during 2018-19 from 45 lakh metric tonnes in 2014-15 and it was the clear evidence of the commitment shown by the State power utilities in the supply of regular power, he said. Despite facing nearly Rs 3,000 crore financial burden, the government did not go back in providing round-the-clock free power supply.

He maintained that all the agreements entered into with power generation companies were transparent and there was no question of misuse of official machinery in finalising the tariff for the power purchased.

Taking strong exception to the BJP's allegation that the Telangana DISCOMS are deeply debt-ridden, Rao said that all the discoms in the country were facing financial crisis due to various reasons and the respective State governments came to their rescue to ensure power supply for domestic, commercial and industrial sectors without any hassles.

The official also clarified that the government entered MoU with the public sector company - BHEL to construct new thermal power plants in the State and avoided the interference of middlemen.

He made it clear that all the decisions regarding power purchase and subsidies extended to farming and industrial sectors with the approval from the Electricity Regulatory Commission ( ERC). The discoms have no authority to take decisions unilaterally, he added.