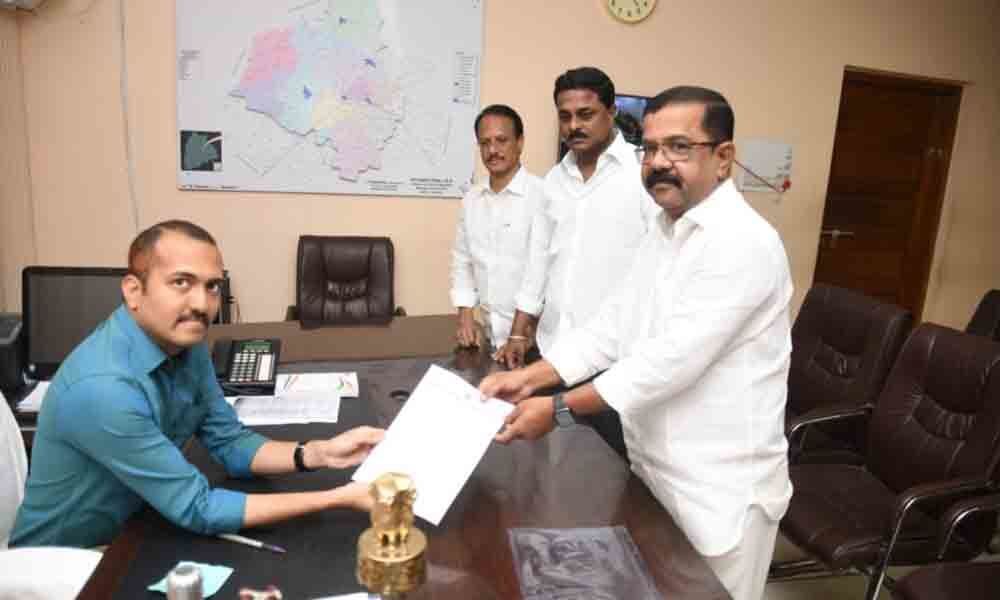 The Warangal District Congress Committee, which wants to construct a building for its party office, on Thursday sought the district administration to allot land.

Warangal: The Warangal District Congress Committee, which wants to construct a building for its party office, on Thursday sought the district administration to allot land.

Warangal District Congress Committee (DCC) president Naini Rajender Reddy met the Urban District Collector Prashanth Jeevan Patil and urged him to allot a piece of land for the party office. Referring to the land allotment for the party offices of Telangana Rashtra Samithi (TRS) in all the districts by the State government, Reddy urged the Collector to consider their requisition.

As of now the Congress district unit is functioning from a building owned by the Nukala Ramchandra Reddy Trust Bhavan in Hanamkonda, he said, stating that they need a piece of land so that they could construct a building of their own.

The Congress leaders submitted a memorandum in this regard to Patil. Telangana Pradesh Congress Committee (TPCC) Secretaries EV Srinivas Rao and Bathini Srinivas Rao were among others, who accompanied the DCC president.