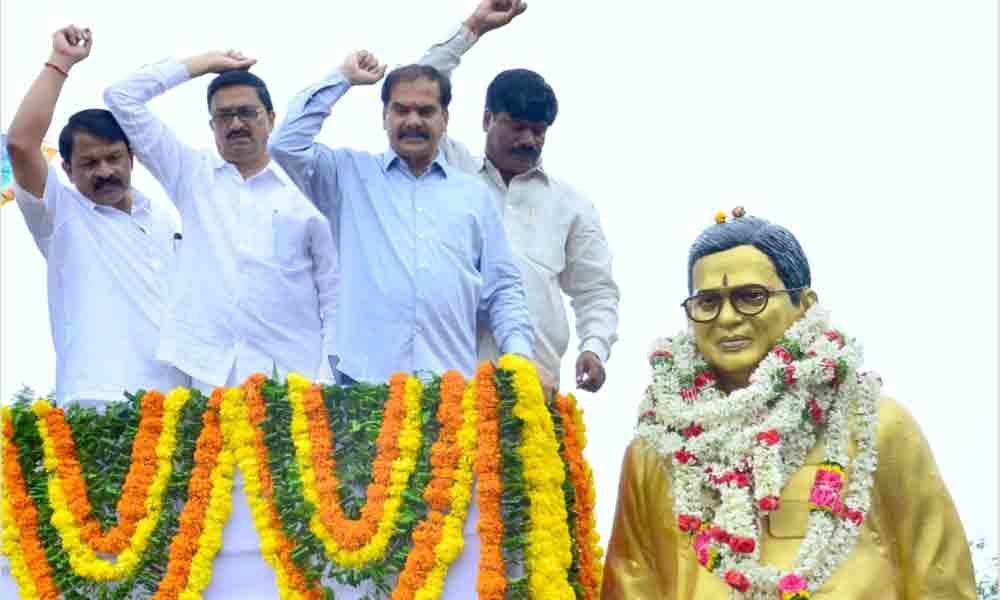 Rich tributes were paid to Telangana ideologue Prof K Jayashankar on the occasion of his 85th birth anniversary across Warangal, his home district, on Tuesday.

Warangal: Rich tributes were paid to Telangana ideologue Prof K Jayashankar on the occasion of his 85th birth anniversary across Warangal, his home district, on Tuesday. Paying obeisance to the statue of Prof Jayashankar at the Ekasila Park in Hanamkonda, Warangal West MLA D Vinay Bhaskar recalled the yeoman services rendered by him.

"The professor, who is fondly known Jayashankar Sir, will have a permanent place in the history of Telangana. Professor was one, who tirelessly worked for spreading the spirit of the separate statehood movement," he said, recalling Jayashankar's crusade since 1952.

He said that Jayashankar's had throughout his life, kept his quest for Telangana alive and inspired generations. Stating that he was privileged to work with Prof Jayashankar,the MLA said that State government was making every effort to achieve his ideals by adopting the path shown by him.

"Prof Jayashankar was the one, who inspired entire Telangana with his argument – how the injustice meted out to Telangana. Even though he guided the movement right through, the sad part of his life that he could not see statehood of Telangana," Vinay Bhaskar said, expressing grief for his untimely death on June 21, 2011.