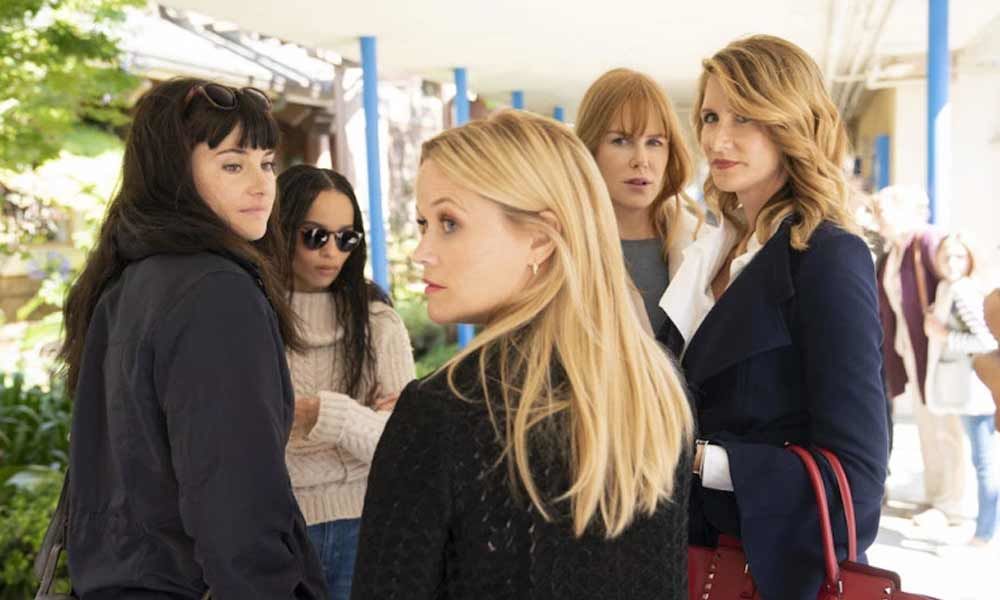 Episode 5 starts off on a good note with Celeste vs Mary Louise going on head-on.

Episode 5 starts off on a good note with Celeste vs Mary Louise going on head-on. Then it goes deep into issues of Bonnie and tries to liberate Shailene's character from the trauma she has been facing so much.

This time around the writing, direction and acting seems to fit what the show wants to achieve. Again Laura Dern is given very little and she tries to deliver much with it. The best possible way to deal with her character is to have her arc more broaden in the main story but writers couldn't find a way for it.

It is one thing to have different stories come together due to one incident but then again have them deviate from it for again one thing make them come together or tie in seems to be too ambitious. Again the episode structure also seem to specifically go down as it progresses than really find a way to sit together properly.

A trouser that is stitched with different clothing material doesn't really appear as glaringly different if it is same color and has similar stripes. But if you change the colors to go even more innovative thinking that will give creativity wings then it feels like a patched cloth than one unit. This season till now feels like a patch after patch being added to the fabric in the hope of making it a whole but it keeps derailing too much.

A single handed focus on the issue would have helped the story to progress better and the issues better. But it tries to be Grey's Anatomy which does mix up all different storylines to get that one end goal creatively by hook of crook rather than being different and more clever. What Big Little Lies could achieve in season 1 seems to have far superior value than what season 2 delivers.