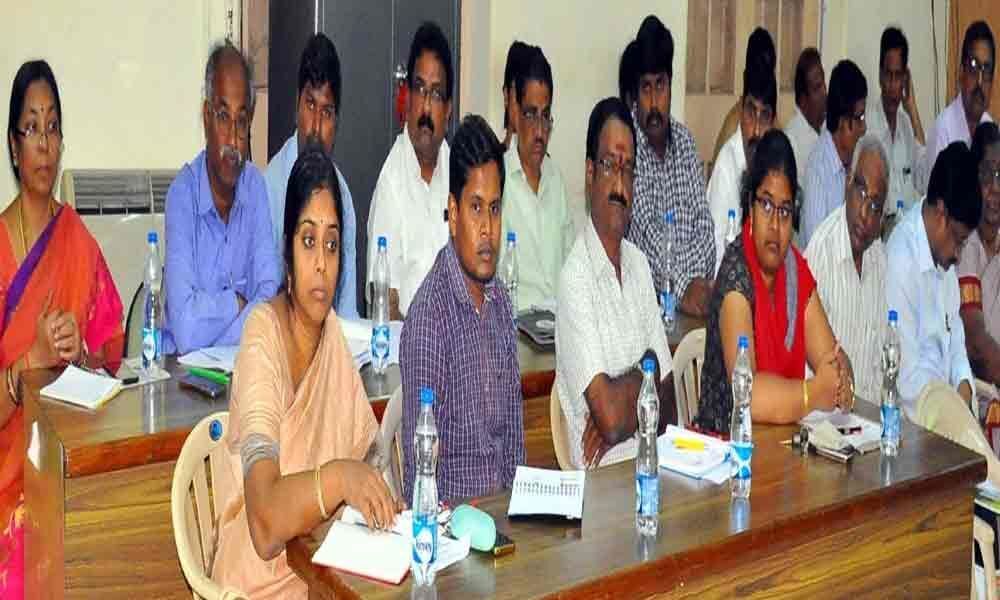 x
Officials of various departments participating in a meeting on health issues during summer in Eluru on Saturday.
Highlights

A total 10 lakh ORS packets were readied and 8 lakh have been sent to field-level to fight dehydration during summer.

Eluru: A total 10 lakh ORS packets were readied and 8 lakh have been sent to field-level to fight dehydration during summer. This was disclosed by District Collector Praveen Kumar at a review meeting with officials of different departments here on Saturday on dealing with high temperature and seasonal diseases during summer.

Addressing the officials, the District Collector said keeping in view the hot summer, the officials should work in coordination for next two months in implementing programmes relating to drinking water supply and on various health issues.

He instructed the officials to keep the ORS packets at Anganwadi centres, Asha workers and locations where employment assurance works were in progress. The packets should be used to suit the requirement. An awareness among masses should be created on the same.

He advised people not to expose themselves to the Sun directly between 11 am and 4 pm. The people should take liquids such as water, coconut water and lemon water, he added. The Collector instructed the officials to put flexis with 'dos and don'ts' on summer days in public places in towns and villages so that people can save themselves from sun stroke.