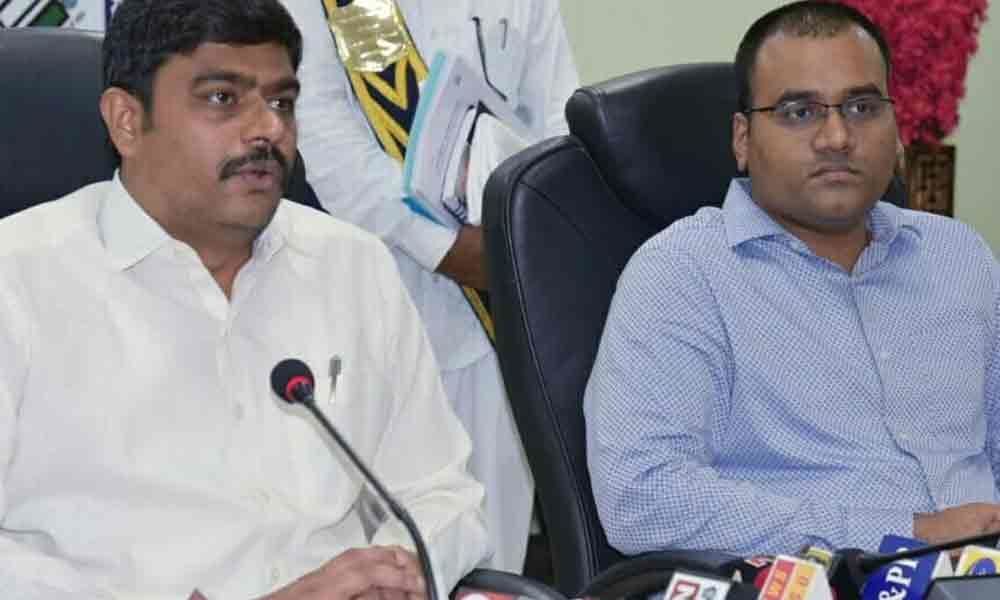 Elaborate arrangements have been made for counting of votes on May 23, said District Collector and Election Officer J Nivas in a press conference held here on Sunday.

Srikakulam: Elaborate arrangements have been made for counting of votes on May 23, said District Collector and Election Officer J Nivas in a press conference held here on Sunday. He said the counting will be held at a private engineering college premises near Srikakulam city and added 1,364 government employees have been deputed for counting process.

Votes will be counted round wise in each segment hall. In each hall, for one assembly segment, 14 tables have been arranged, the collector elaborated. Postal ballots will be counted first and later votes in EVMs counted, he clarified. Votes counting process will be conducted separately for Assembly and Parliamentary segments.

Contesting candidates and authorised agents will be allowed into counting halls and they should not allowed to carry cell phones into the halls. In total, 800 policemen have been appointed for counting duties and three tier security arrangements have been made at counting centres, said Superintendent of Police Nav Deep Singh Grewal. "We will allow only candidates and their authorised agents into counting halls based on list of names prepared by district election officer," the SP elaborated.