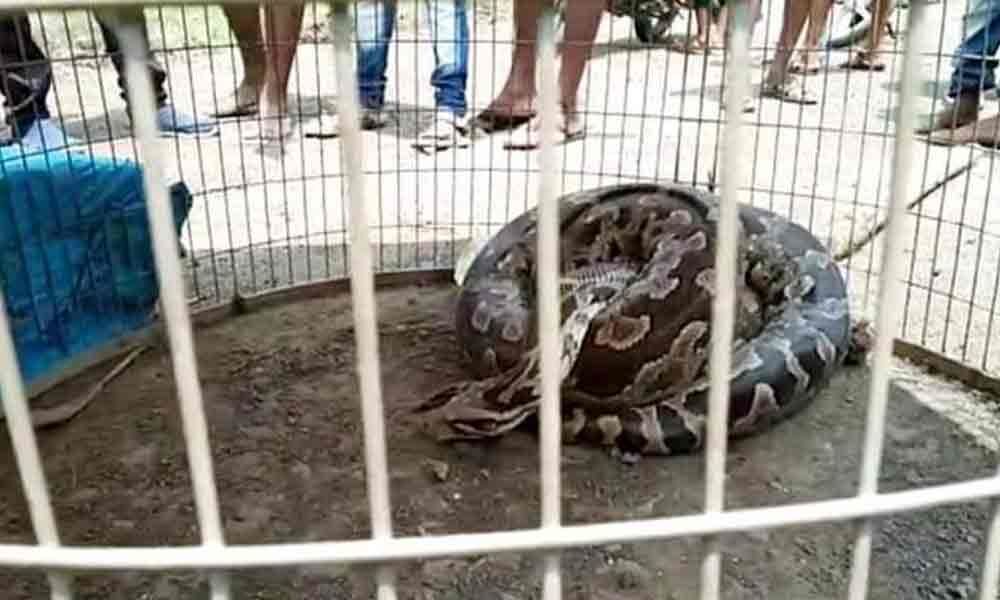 A 15 feet long python found near an irrigation tank at Ankampalem village in Atreyapuram mandal, created panic among the locals on Thursday afternoon.

Kakinada: A 15 feet long python found near an irrigation tank at Ankampalem village in Atreyapuram mandal, created panic among the locals on Thursday afternoon. Some children of the village, who went to the area for fishing, ran for life after noticing the python.

Later, some village youth, who tried to catch it could not succeed as it entered the irrigation tank. When the python came out of the water after some time, the youth caught it in an iron cage and informed the forest department.

When contacted, East Godavari DFO Nandini Salaria confirmed that the python was rescued and later left in the forest area in the district. This was the second incident of this kind in the area. Recently, one leopard surfaced in Ankampalem village creating panic among locals. The forest department and the Visakha Zoo authorities acted then in catching the leopard.