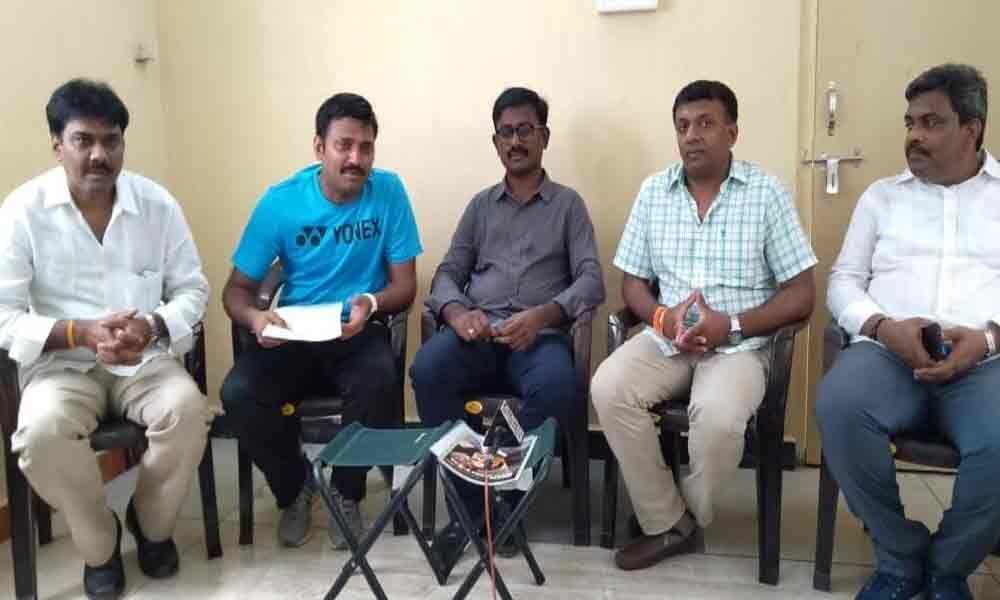 JBS Academy will be hosting a four-day Mini Badminton Tournament 2019 commencing from June 6 to 9 said JBS Vidyadhar organising secretary of the tournament here on Tuesday.

Ch Raghu Kiran APBA secretary has said that this is the first tournament of the year and approximately 700 players from 13 districts of Andhra Pradesh will be taking part. He said earlier district level tournament was held and the selected players will take part in this mega event. He said that they have been conducting badminton tournament for the last four years.

The tournament was organised to encourage young talent and aspirants of badminton especially from rural areas under the guidance of Andhra Pradesh Badminton Association. Indian Oil will be the title sooner for the Tournament and the co-sponsor will be KVR Kailash heights and Toned shuttles will be used in the tournament. D Srihari, B Srinivas and H Satish Reddy were present.