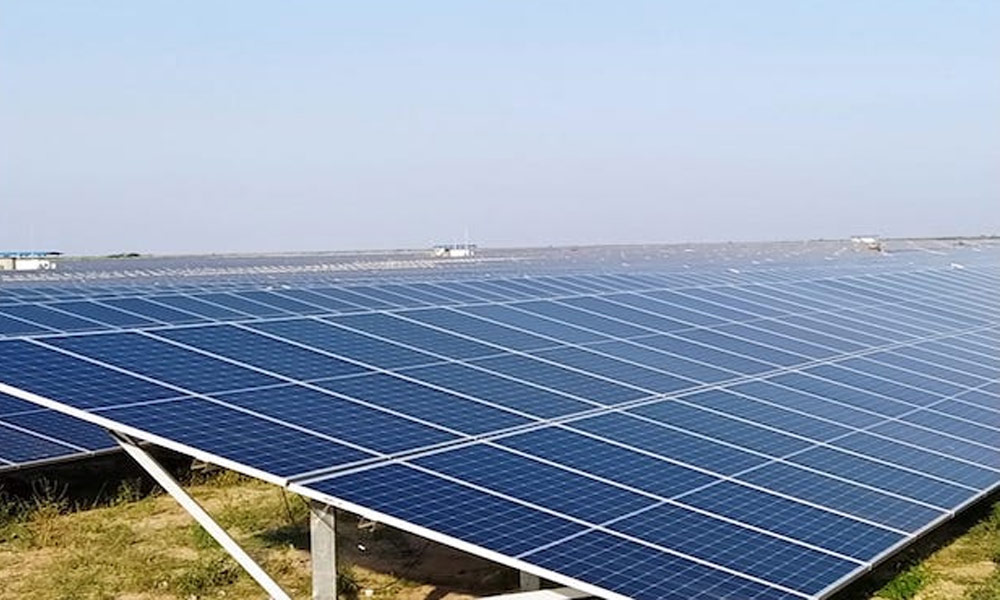 Amaravati: The Andhra Pradesh government's tender for the development of 6,400 MW solar power plant with an aim to reduce the subsidy burden resulting from the supply of uninterrupted free power to farmers across the State has made headlines in the recent past.

The process has resulted in the government securing close to 14,000 million units of power per annum at a tariff of 2.48 per kWh, which is the significantly lower than the tariff at which AP distribution utilities are procuring power.

The State has to spend close to Rs. 10,000 crore as a subsidy to meet the revenue gap of the distribution utilities. The key ingredient of the subsidy component is the power purchase cost which as on date is prohibitively high. Another element contributing to the huge power purchase cost is the burden of the PPAs executed by the previous TDP government at exorbitant tariffs.

The average power procurement cost of the State as of now, is close to Rs. 5.2 per kWh. Therefore, the present government has formulated the approach to procure power from a 6,400 MW solar power projects to be set up in the State. This would ensure reliable daytime power to the farmers and also reduce the subsidy burden on the government due, thereby making the functioning of the sector, sustainable.

This low tariff of Rs. 2.48 would result in a savings of nearly Rs. 3,800 crore in the very first year and this savings are likely to increase over the years, considering the fact the present tariff of 2.48 for the energy from the 6,400 MW solar power project would remain constant over the next 30 years, whereas the cost associated with power from some of the other sources is likely to go up.

The present value of benefit accruing to the Andhra Pradesh government exchequer over the life of this project can conservatively be estimated at Rs 50,000 crore. Further, the plant was conceived on BOT basis and would therefore be transferred to the State after the expiry of the PPA.

It is important to note that the authorities have adhered to all the guidelines prescribed by the Ministry of New and Renewable Energy in an attempt to make the process transparent and objective as possible. The concerned authorities have also run the bid document through the judicial preview process to ensure that the process undertaken is implemented in a fair and transparent manner.

The bid received for development of project in CS Puram is higher at Rs. 2.58 per kWh and the committee is examining whether such a high-priced bid should be accepted.

Tenders have been filed by big players such as NTPC Adani group and Torrent power placing bids to develop the project. The first phase which stretches over 10 different locations has attracted a total of 24 bids in all.

It is heartening to note that, owing to the present Government's approach to evolving a robust commercial structure for the project that contributes to the sustainability to the State Energy sector.

The TDP Government has also executed PPAs to procure large quantities of solar power at Rs. 5.25 per kWh to Rs. 5.90 per kWh during the period 2014-2017. The State Government and the DISCOMS have been subjected to a very huge financial burden owing to these high priced PPAs. It is important to note that in 2017 alone, 41 wind PPAs were executed by the TDP Government at the expensive tariff of Rs. 4.84 per unit.

Unlike the previous government, the present dispensation is committed to executing agreements for procuring power at tariffs significantly lower than the current prevailing thermal cost , thereby safeguarding state resources in the process.