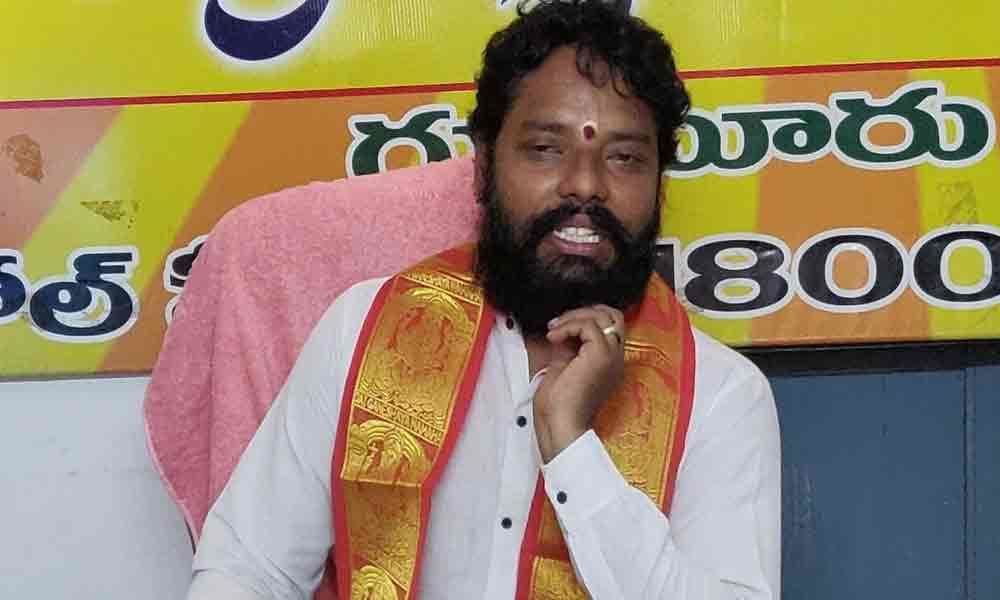 AP Brahmin Welfare Corporation district coordinator Siripurapu Sridhar said that due to change of government, he tendered resignation which was submitted in the corporation office in Vijayawada city.

He said that Guntur district stood in the second place in the state in using the budget and added that so far he conducted awareness meetings on the schemes being implemented by the corporation. He said he will continue his agitation till TDP government will come to power in the state.