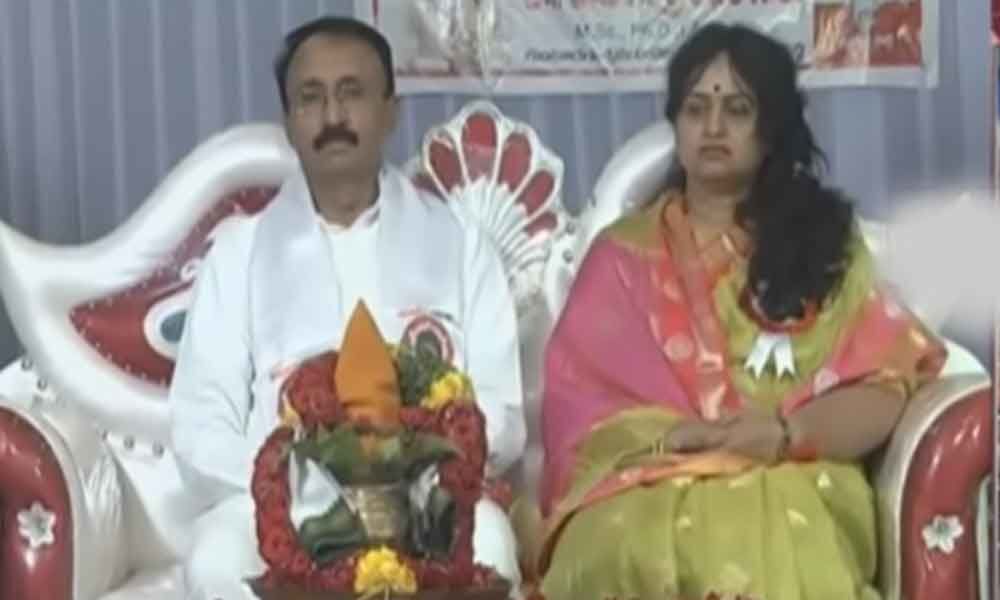 Thota Chandrasekhar and his wife have participated in the yagam at Srinivasaraopet in Guntur.

Speaking on the occasion, Thota expressed confidence that Jana Sena party will form the government after the elections. He also said that after Pawan Kalyan becoming Chief Minister, he'll do the justice to the people of all segments.

Recently, TDP leader Vangaveeti Radhakrishna has performed Sri Yagam for TDP victory in the elections. As the elections are nearing in the state, the political leaders are busy in conducting yagam, yagnam, and homam for their victory.

Before 2018 Assembly elections in Telangana, The TRS party chief K Chandrashekar Rao has conducted Raja Shyamala Chandhi Yagam. It's said that in TRS victory in the elections, the yagam has played a prominent role. So with this, the yagams and homas are been conducted on a large extent in Andhra.